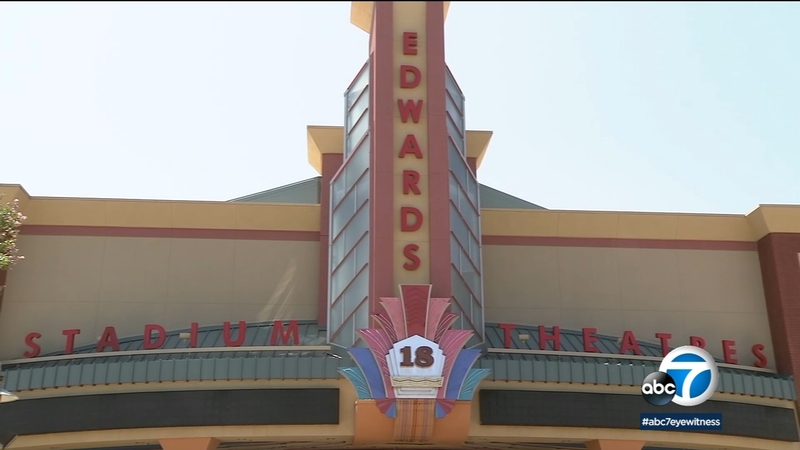 CORONA, Calif. -- A suspect has been arrested in the deadly movie theater shooting in Corona that left an 18-year-old woman dead and a 19-year-old man on life support.

Joseph Jimenez, 20, was arrested Tuesday night by Corona police and booked for murder, attempted murder and robbery. Authorities say it appeared to be an unprovoked attack.


The shooting happened just before midnight Monday at the Regal Edwards Corona Crossings during a showing of "The Forever Purge."
The woman who died was identified as Rylee Goodrich, 18, of Corona. The man who was wounded was identified as Anthony Barajas, 19, of Corona. The two were together inside the theater seeing a 9:35 p.m. showing of the film when they were shot.

"Officers arrived on scene, they located two people down suffering from gunshot wounds inside the theater," said Officer Tobias Kouroubacalis of the Corona Police Department. "I'm being told right now there were six tickets purchased for that movie showing."

"I'm being told right now there were six tickets purchased for that movie showing," said Kouroubacalis.

On Tuesday around 10:30 p.m., detectives served a search warrant in the 19000 block of Envoy in El Cerrito, where Jimenez lived, police said.


"During the search of the residence, a firearm and additional evidence related to the crime scene were discovered. The firearm matched the caliber of the weapon used in the murder," police stated in a press release.

Goodrich attended Corona High and played volleyball, ran track and was also a cheerleader. She was given a scholarship to Grand Canyon University in its STEM program. She was home for the summer visiting family in Corona and had recently started an eyelash business.

Goodrich's cousin Ashley Cole described her loved one as someone with a "great heart" and motivated to help others, including her family and younger sister.