Pregnant woman survives COVID-19 after given plasma from other survivor 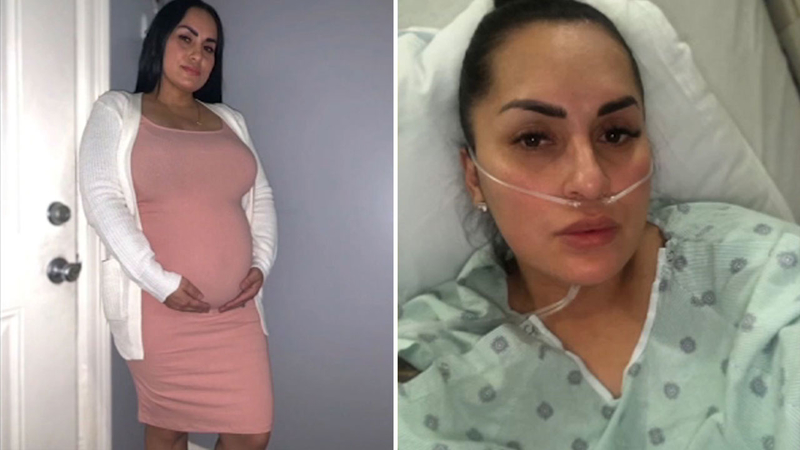 HOUSTON, Texas -- Houston resident Esbeidy Reyes is expecting a daughter in September. However, earlier this month, that dream could have been lost when she began to feel tired, and from more than just her pregnancy.

"I left work early because of a headache," Reyes said. "Then I started to run a fever."

Her husband took her to a hospital where she was examined and tested for COVID-19. The result was positive. "I self-quarantined for several days, but then I kept getting worse."

She ended up in ICU at Memorial Hermann Hospital in the Texas Medical Center.

"I felt awful" she said. "I was having trouble breathing, and I didn't want anything to happen by my baby."

Reyes was already a high-risk pregnancy patient. She miscarried late last year. "My husband and I found out we were pregnant on his birthday this year."

Her doctor administered plasma from someone who had recovered from the virus, which contains antibodies. Reyes responded quickly. "Two days later I was able to get out of the hospital bed without help. She was discharged just over a week ago."

She doesn't know how she became infected. "I go to work, and the grocery store and go home."

Because she works in the medical profession, she was already paying attention to the growing number of cases in the Houston area. "I know about hospital admissions, and they started going up after the businesses reopened. All those people and everyone acting like the COVID-19 was gone, and I was like, it's not gone."

Her infant daughter, named Arianna, is set to be delivered in September. Reyes said she will tell her one day what they both went through because of a pandemic.

"I'm going to tell her she's my little soldier. She's my motivation. She kept me going. I didn't want to lose my baby."