Daily consumption of marijuana may have serious mental consequences: Study 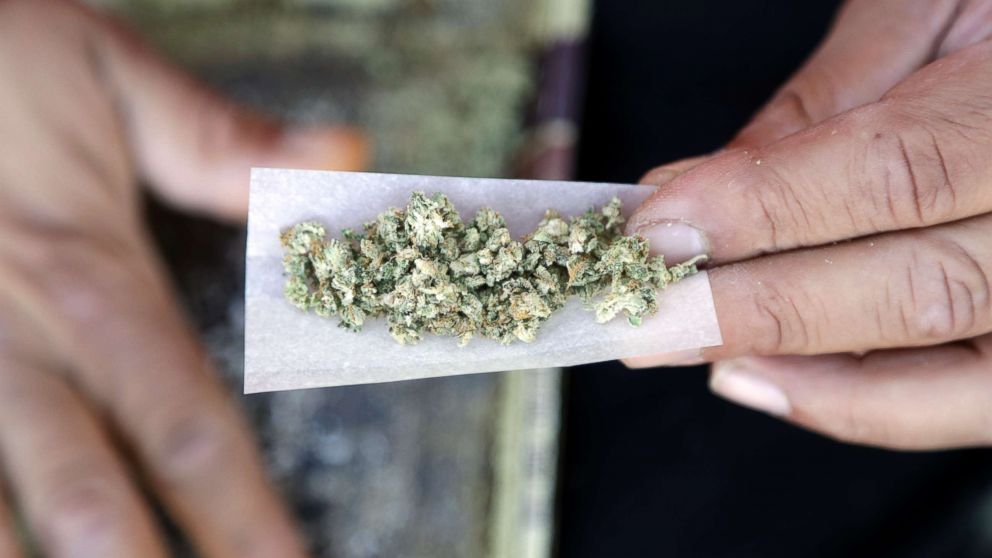 Marijuana -- still illegal under federal law -- is now fully legal in 10 states and Washington, D.C. Some cities have stopped prosecuting people for possession of marijuana in small amounts.

Some states that have legalized it have everything from medical marijuana to on-demand recreational cannabis delivery.

But new research published in Lancet Psychiatry is a bit of a buzz kill.

Researchers looked at over 900 people with first-time psychotic episodes, the mental health conditions in which people lose touch with reality, across Europe and Brazil. They compared them to people without psychotic disorders, and the results were surprising.

The study found that daily cannabis users were more than three times as likely to end up with a psychotic disorder diagnosis compared to people who had never used the drug. Three out of 100 people will experience psychosis at some time in their lives in general, according to the National Institute of Mental Health.

But psychosis after regular marijuana use isn't common, and not everybody thinks cannabis is so bad.

Jaquez became interested in medical cannabis out of a desire to help veterans with post-traumatic stress disorder, especially the ones for whom existing medications failed.

"I've only had a handful of instances where patients had psychotic symptoms in the last 6 years," he explained. "They were mostly people with other psychiatric illnesses who thought they could stop their meds and manage it strictly with cannabis."

But for those who benefit from cannabis, the benefit is significant, Jaquez notes.

"They can do a 180. I took care of veteran who had to drop out of college because her PTSD was so bad. With cannabis, she returned to college and showed up to my office smiling the day she got into law school."

Robin Murray is a professor at the Institute of Psychiatry at King's College in London, and an author of the Lancet Psychiatry study.

"Regular marijuana isn't what it used to be," he told ABC News. "I've been a psychiatrist since the 1970's, but I didn't care about cannabis until the 2000's. We've seen a lot more psychotic people smoking cannabis since the potency of THC starting going up -- from 6 percent to 14 percent -- over the last 10 years."

The most surprising results from the study, according to Murray, were the big differences in the number of new cases of psychosis in different regions.

"It was four to five times higher in South London and Amsterdam than in some places in southern Europe. They smoke less cannabis there and it's pretty much the old [lower THC] stuff," he said.

Murray recommends that people use the results of the study to make healthy choices.

"If you have to smoke marijuana," he said, "don't smoke it so often, and go back to the traditional [lower THC] stuff. Just like alcohol, do it in moderation. A glass of wine or lager per day is different than drinking a bottle of vodka every night."