'A Day Without an Immigrant' movement: Fresno business closes in support 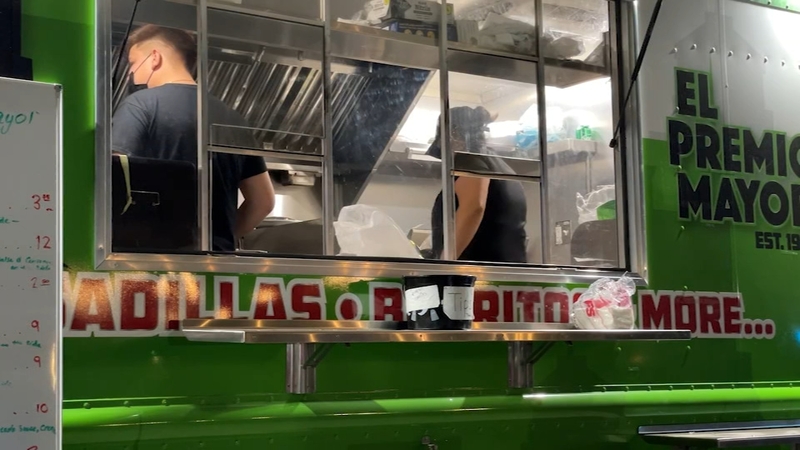 Fresno restaurant takes part in 'A Day Without Immigrants'

FRESNO, Calif. (KFSN) -- People across the nation are coming together in support of the 'A Day without an Immigrant' movement.

Supporters of the movement participated in a walkout on Monday, February 14th, in an effort to shine light on immigration reform.

El Premio Mayor also decided to close on Valentine's Day. Historically. It is one of their busiest days of the year, but Manager Bianca Loza says the loss in money is worth it because the movement hits close to home.

Bianca tells Action News that some people have had to watch funerals and bury their loved ones through a live stream because if they leave the United States, they will not be allowed to return.

"It saddens me that many people aren't just able to hop on a plane and drive to see their family," says Bianca.

One customer, Monica Valdivia tells Action News they are in support and pulled her kids from school and didn't plan to work on Monday. Monica immigrated to the US as a child and like many, hopes for a better path to citizenship.

Several Fresno businesses agree with the movement's push for immigration reform, but tell Action News they chose to remain open.

Bertha Gaona, Co-Owner of La Cocina de Mama, suggests a movement in which immigrants boycott larger companies, so they feel the economic impact.

Regardless, everyone is agreeing to one thing: immigration laws need to be reformed, offering a clear path to residency.

One Fresno immigration lawyer, Adilene Flores, tells Action News she has seen immigrant business owners with no criminal history and even children being deported.

"I do have a lot of hope in the younger generation. They seem a little more liberal, sensible and humane," says Attorney Adilene.