Deputies say two men were eating at a taco truck in the city of Winton when two people walked up and opened gunfire.
KFSN 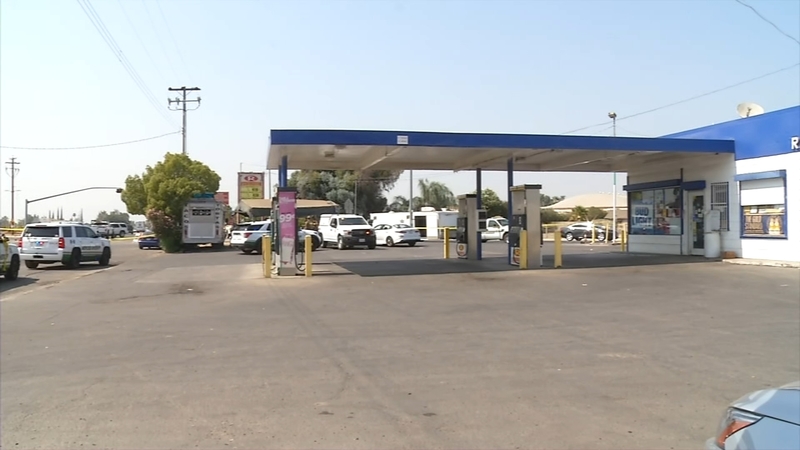 It happened in Winton -- just north of Atwater.

When deputies arrived at the scene, they found two men had been shot.

One of those men died at the scene and the other was flown to a nearby hospital.

The initial investigation shows two men were having lunch at the taco truck when two other men showed up and shot them.

Authorities say it's unclear if one person or both fired and it remains under investigation.

An elementary school less than a block away was immediately placed on lockdown.

"As soon as we got the reports, we contacted the school, had the school locked down and once we got enough deputies and people on scene, we were able to go over and notify the school that kids could be released to their parents," says Daryl Allen with the Merced County Sheriff's Office.

"Most of the parents responded very well," says Winton School District Superintendent Randall Heller. "I was out here for the release and most of it went very smoothly."

Investigators say they believe the suspects got into a vehicle and took off toward Merced.

Anyone with information about the shooting is asked to call the Merced County Sheriff's Office.