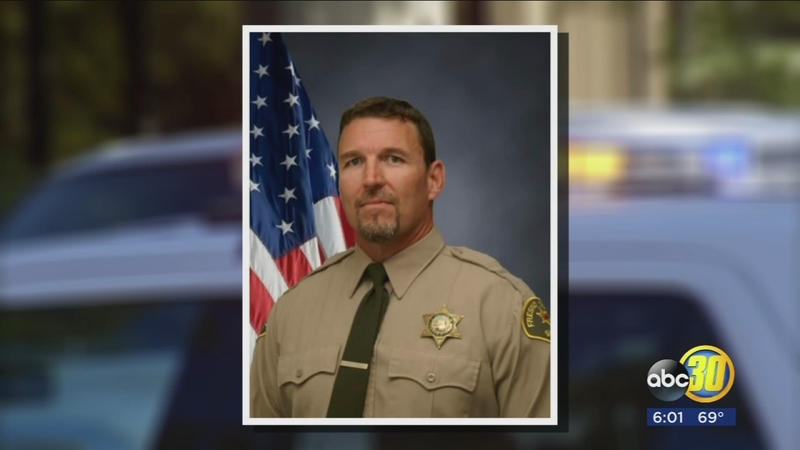 FRESNO, Calif. (KFSN) -- The man described as an eyewitness to the shooting, Deputy John Tilley returned to the stand. Once again the video made after the shooting, in which Tilley explained how he saw Detective Jared Mullis point his gun at Deputy Rod Lucas was played in court. While Tilley claims he looked away before the shot, Judge Jonathan Conklin said that video was one key to showing Mullis was negligent.

"The evidence reasonably supports the conclusion that at that moment he had pointed a fully loaded firearm at Deputy Lucas with his hands on the gun," said Jonathan Conklin.

The defense argued Mullis was handing the gun to Lucas, and somehow, Lucas dropped it and caused it to go off.

"It's clear the evidence suggests that firearm fell out of the holster Detective Mullis was trying to show Sgt. Lucas," said Roger Wilson.

Defense witness Deputy Isidor Rueles disputed the idea Mullis was careless because he said handing loaded guns to each other and passing them around the office was common practice.

"We were a little lax on it, lax on how we handled firearms. And I'm just as guilty as anyone else," said Isidor Rueles.

Rueles also testified he saw Lucas drop guns on several occasions, but never reported it because he did not want to get Rod in trouble.

In her closing arguments prosecuting attorney, Noelle Pabette said the idea Lucas somehow was responsible for shooting himself was offensive.

"And the thought about blaming Rod Lucas for his own death, given the fact there is no physical evidence to support that is insulting, additionally the defendant's own statement himself has changed a few times," said Noelle Pebet.

And in his ruling Judge Conklin agreed the evidence, showed the shot was fired from several

"The facts do not support a reasonable conclusion that Sgt. Lucas shot himself," said Judge Conklin.

Detective Mullis remains free on his own recognizance and is still on paid leave from the Sheriff's Department. He is scheduled to be back in court at the end of the month.
Report a correction or typo
Related topics:
fresno countydeadly shooting
Copyright © 2021 KFSN-TV. All Rights Reserved.
DEADLY SHOOTING
1 person killed, another injured in Parlier shooting
21-year-old man killed in shooting in Merced
San Jose shooting victim helped save brother, co-workers, family says
Body camera video released in San Jose mass shooting
TOP STORIES
Merced teacher back home after battle with COVID-19
Looking back at the ups and downs of COVID in Central CA
24-year-old man shot in southwest Fresno, police say
What changes throughout Central California as state reopens
CA has reopened, but not everyone can go maskless
Suspect involved in standoff in Kings County identified
19-year-old arrested on arson charges for NW Fresno fires
Show More
What to expect from CA's reopening today
Newsom picks 10 winners of $15M to celebrate reopening
1 killed in shooting on Hwy 99 near Merced
Valley doctors discuss California's reopening
Valley travel industry shows signs of rebound as CA reopens
More TOP STORIES News