Dinuba Police warn about fake cop who tried to pull over woman driver, then followed her

KFSN
By Vanessa Vasconcelos
DINUBA, Calif. (KFSN) -- A South Valley community is on edge after a woman says someone impersonating law enforcement tried to pull her over.

And when she refused to stop, they followed her.

Now, Dinuba police are warning drivers of the danger on the road and what you should do, should you find yourself in the same situation.

Out of fear, the woman has asked we protect her identity but is choosing to share her story so it doesn't happen to anyone else.

On Friday morning, what would have been her typical drive home after volunteering at her son's pre-school turned into a nightmare encounter with someone posing as an officer.

The Dinuba native was driving east on Davis Drive when she noticed a light-colored van get in front of her to brake check her. After flashing her lights and honking, she says he proceeded to go to the left and motion to her to pull over.

She decided not to - a decision that may have saved her life, but he didn't let up.

"He sped up got in front of me and slammed on his breaks, got out of the van and showed a badge and said pull over very aggressively and angrily," she said.

That would happen one more time.

The woman said the impersonator appeared to be in his 20s or 30s, with dark hair and dark eyes, no facial hair and a short fade haircut.

That man followed her for several blocks before she lost him.

"It was just very scary, very fishy, just not right," she said.

Dinuba Police Sgt, Thad Ashford said while the impersonator is still unaccounted for, there are ways you can protect yourself.

He said an officer would never pull someone over from the front.

"Not only is it a safety issue for the citizen driver but for the officer, it's a big officer safety issue jumping into the middle of traffic like that. They don't know what's in the car behind them," he said.

Not all patrol cars look alike, but there's one clear indication on a law enforcement vehicle that you should always look for when getting pulled over.

"In the state of California, any time you stop someone, it has to have the solid red light to the front," he said.

You can also call 911 the second you have a suspicion an impersonator is trying to pull you over.

A dispatcher can confirm your whereabouts and whether an officer or deputy is attempting to make a traffic stop.
Report a correction or typo
Related topics:
dinuba
Copyright © 2020 KFSN-TV. All Rights Reserved.
More Videos
From CNN Newsource affiliates
TOP STORIES 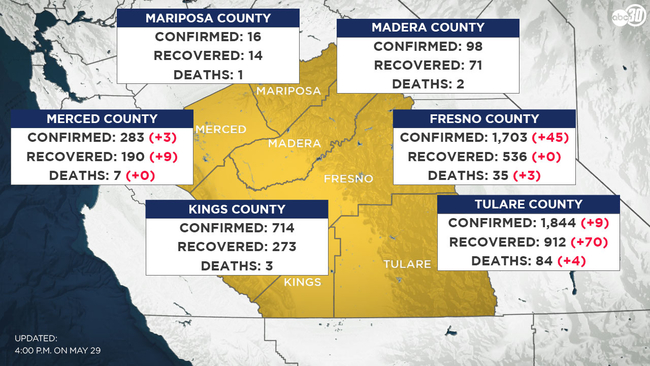