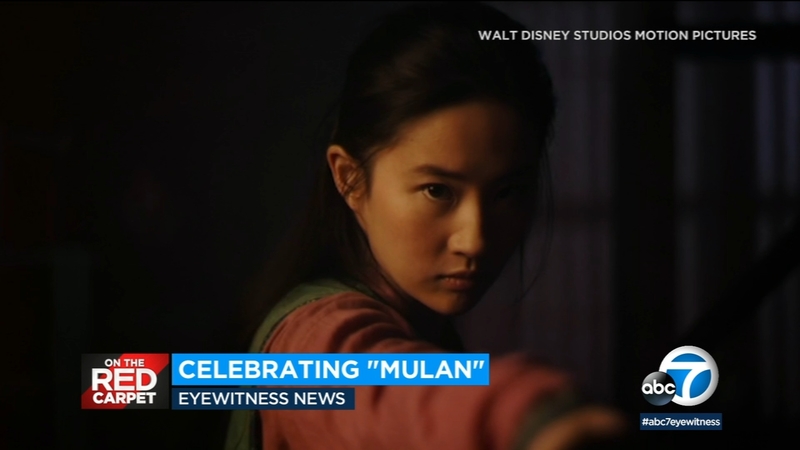 HOLLYWOOD -- Disney's "Mulan" honors a story that has been handed down from generation to generation over hundreds of years. We were supposed to see the new live-action version in theaters last March. The pandemic may have forced a delay of its release; but for those involved with the movie, it's clearly welcome anytime.

"Mulan" stars Yifei Liu as the title character, a "loyal, brave, and true" daughter who masquerades as a man to join the Chinese army in order to protect her family.

Hollywood veterans Rosalind Chao and Tzi Ma play Mulan's parents. They knew this was an important story to tell; and more importantly, to tell it in the right way

'This is so much a part of my history," said Chao. "I was raised in America, and yet the only Chinese folktale I knew of was Mulan. So I can't remember ever not knowing the story. So for me to be able to be in this film, and be able to play her Mom, it was a dream come true it really was."

"It's not just the role it's the whole project," said Tzi Ma. "We know that every time out we need to represent. And particularly telling the ballad of Mulan, such an important hero in our culture. We feel much more obligated."

Actor Ron Yuan has been waiting to be part of a project like this since 1998 when we first met the animated "Mulan."

"It was the first time seeing Asian faces that look like you on a big Disney thing! And just to be a part of this adaptation is amazing," said Yuan.