Two people are dead after a shooting at a central Fresno gas station on Friday morning, police say.
KFSN 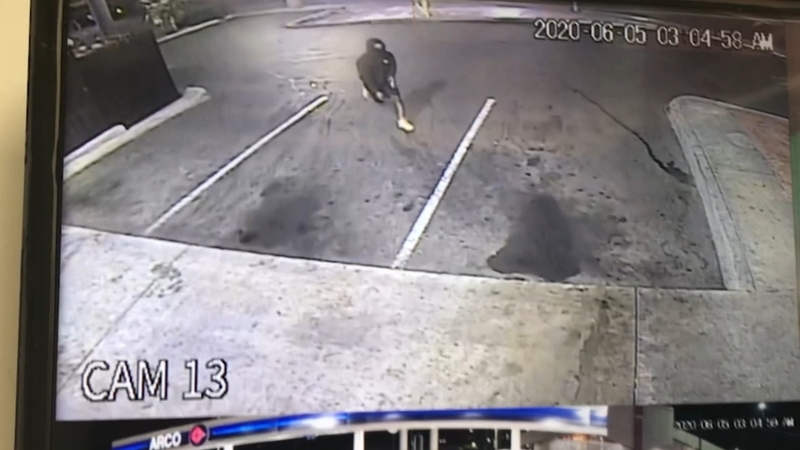 FRESNO, Calif. (KFSN) -- Two men are dead and one woman is injured after an early morning shooting at a central Fresno gas station.

Surveillance video from the Arco on Olive and Parkway Drive shows a man dressed in dark clothing and wearing a face covering running towards a the group gathered in the gas station parking lot around 3 am.

At least eight gun shots can be heard in the video before the suspect runs off on foot.

Two men in their 20s died at the scene. A woman in her 40s was also injured. She is shown on surveillance entering the gas station to ask for help. She is expected to be okay.

BREAKING: Police are investigating a deadly shooting outside the Arco gas station on Olive and Pkwy. 2 men are dead and a third victim is recovering at the hospital. @ABC30 pic.twitter.com/h1WcjmmlR9

Investigators say both of the victims who died have ties to gangs, but the shooting has not been ruled gang-motivated.

"We do know that there were other subjects in the area with our three victims. Unfortunately, they did not stick around. They left the area," said Lt. Larry Bowlan. "We are asking for the public's help and those individuals if they are willing to come forward."

These homicides Friday morning mark the 13th and 14th murders so far this year investigated by Fresno Police.

But Lt. Bowlan says with the use of face masks and coverings as a result of COVID-19, getting descriptions on suspects has become more challenging.

"So for our witnesses and victims, that is going to be very difficult for them to identify these people," Bowlan said. "So we are having to look at other angles to make that happen."