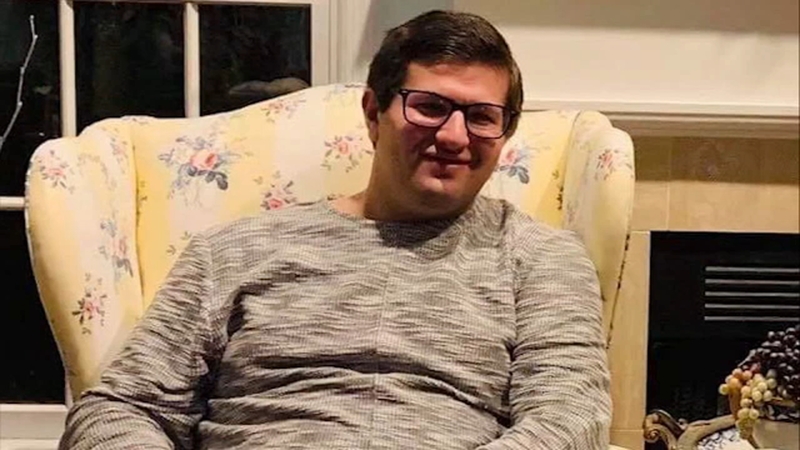 FRESNO, Calif. (KFSN) -- A wife's tribute to their husband Tuesday came in the form of a call for leniency and restorative justice.

One rainy night on Highway 99 changed Jen Ramos' life so drastically, the mathematically-minded writer still can't calculate or describe it.


"There are no words to kind of convey the physical, mental, and emotional trauma that I'm going through and will continue to go through," they said.
Ramos suffered major injuries and is still in pain even after a series of surgeries over the last 17 months.

But when it came time for a judge to sentence the drunk driver who did it to them, Ramos was more focused on their husband.

Twenty-eight-year-old Josh Eisen was a policy analyst who wanted to make the world a better, more caring place.

Ramos said he believed the criminal justice system is flawed and often too punitive instead of rehabilitating people and restoring them to productive positions in society.


"Restorative justice is something that is useful in a lot of situations, especially if someone is willing to be held accountable and take responsibility for his actions, which the defendant did do and that's what he said in his own statement," they said.

Amado Mendez Ventura pleaded "no contest" to vehicular manslaughter while intoxicated even though police measured his BAC at .07.
Ramos says people need to remember not to be selfish because their actions almost always affect someone else, especially drunk drivers.

But their tribute to Josh was to try and forgive.

"There's this old Springsteen quote that I always lived by in high school and I think that's something Josh embodies and that's, 'Nobody wins unless everybody wins'," they said.


The judge complimented Ramos for their courage, but sentenced Mendez Ventura to four years and four months in prison, preferably in a substance treatment facility.

Mendez Ventura will have to serve at least 85% of his sentence, meaning he won't be eligible to get out of prison before August 2023.

"There are no words to fully express the physical, mental, and emotional trauma I have experienced and continue to, so I'm not going to. Nothing I say can bring back my husband here. But I am writing this because honoring my husband, Joshua Eisen, and his convictions is the most important thing for me. My husband is someone who believes that if someone is willing to be held accountable for their actions and takes responsibility, it is better to be restorative rather than punitive. He believes in a world that could be made better, and should be, especially in the criminal justice system. I know he would much rather see a rehabilitation program as a sentence than prison time. It doesn't matter to me what I think or want here. My husband wants a better world for everyone than the one that's treated him and me unfairly."
Report a correction or typo
Related topics:
fresno centraldui crash
Copyright © 2021 KFSN-TV. All Rights Reserved.
TOP STORIES
Fresno athlete donates kidney for ex-classmate's dad
1 dead, several injured after shots fired at Lake Merritt
Fresnans brave intense heat to celebrate at block party
Warning about poor air quality in Valley
Power outage hits at least 15,000 homes across Valley
UPDATE: 15-year-old boy drowns in Millerton Lake
17-year-old boy critically injured in Dinuba shooting
Show More
West Nile Virus detected in Fresno County
Be careful around Fresno Co. lakes, rivers this weekend
10-year-old Fresno boy killed in hit-and-run crash
Fresno firefighter climbs 60 feet up tree to rescue kitten
World-famous surfing competition kicks off in Lemoore
More TOP STORIES News