Disorganization and bureaucracy continue to plague California's unemployment system, denying people the funds they are entitled to receive. Attempts to resolve the problems can lead to hours-long phone waits that often end with callers getting cut off.
KABC
By Rob Hayes 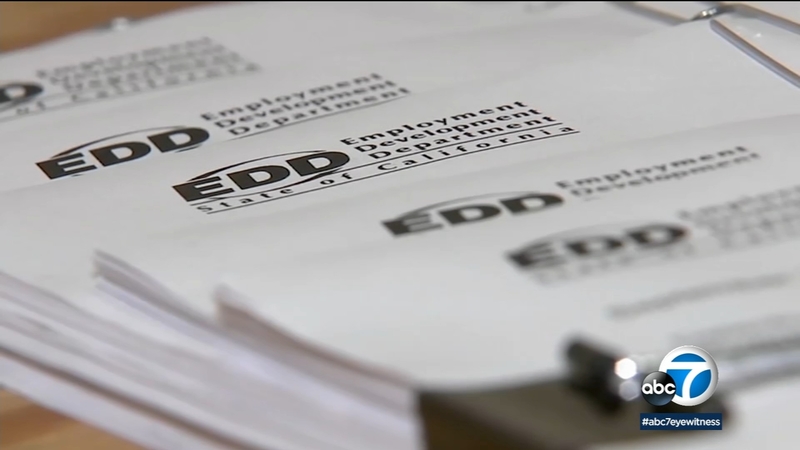 GLENDALE, Calif. -- Disorganization and bureaucracy continue to plague California's unemployment system, denying people the funds they are entitled to receive.

The problems were noticed last week, tracking down Californians who say the state's Employment Development Department (EDD) and Bank of America, which administers California's unemployment debit cards, have unduly stripped money from their cards.

Attempts to resolve the problems can lead to hours-long phone waits that often end with callers getting cut off.

"When I call Bank of America, I'll get placed on hold," says Danny Russell, a recent caller. "I was on hold the first time, like 10 hours. I started in the morning calling them and I think I ended like around 9:30 at night."

RELATED: Mom of 3 locked out of legitimate EDD account, forced to send kids away

The Southern California man says the problems began when he reported his card stolen and applied for a replacement.

Bank of America initially loaded the card with EDD funds, but later removed the money. Russell says he's spent weeks trying to reactivate the card, but can't get through BofA's maze of phone transfers.

"Every other week when I certify, the money lands on my card but automatically Bank of America takes it," says Russell. "So I've gone months now without money."

Bank of America says the problems are linked to a tremendous amount of fraud plaguing the EDD system.

A spokesman says billions of dollars have been stolen from unemployment systems across the U.S. during the pandemic, and BofA is working with investigators to crack down on it.

"You feel hopeless. You feel like there's nothing you can do," says Louie Navarro, who has been struggling to get his father's EDD reinstated. Louie Sr. is a self-employed subcontractor who's out of work and fighting stage-four colon cancer.

Navarro says his dad's benefits were shut down earlier this summer because of a documentation problem. Even after the Navarros re-submitted the requested documents, the state has been unable to get Louie Sr. back on the rolls.

"They offered me a phone number for the fraud line that I could call to find out," says Navarro. "But they even told me 'I can give you the number, but you're not going to get through.'"