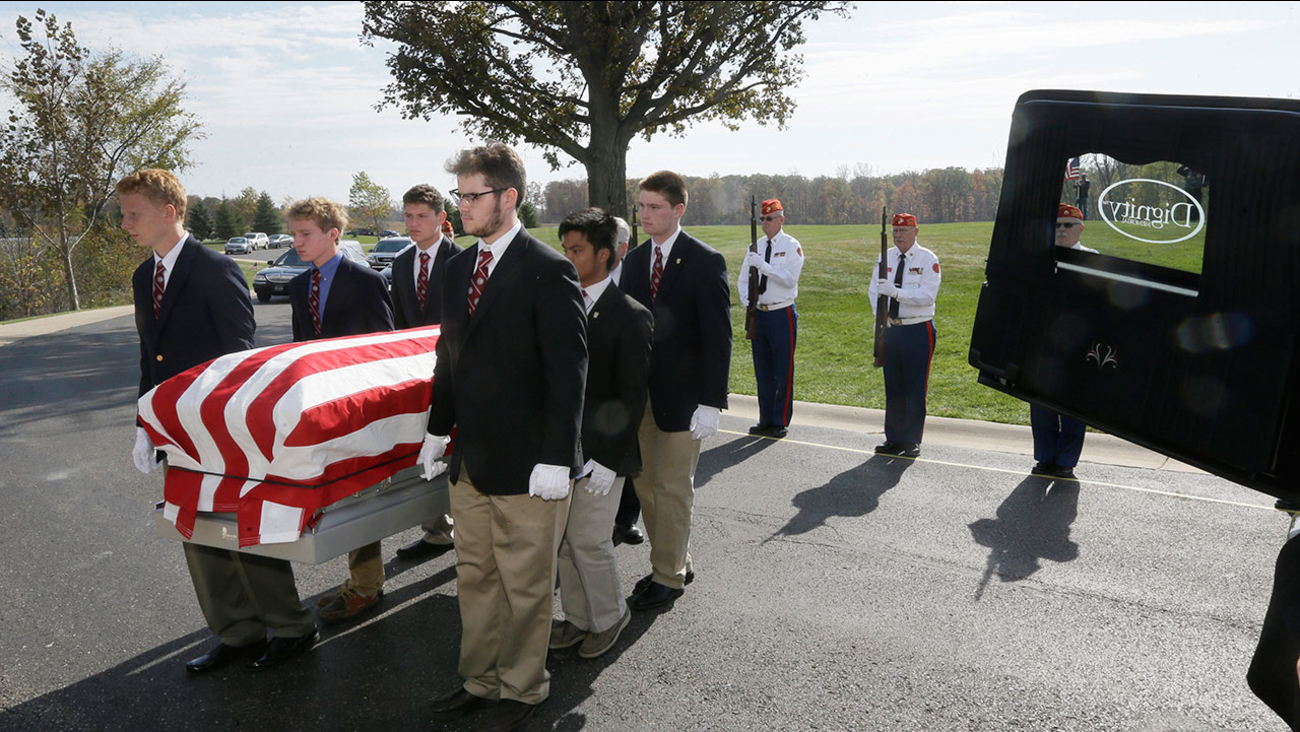 In a Tuesday, Oct. 20, 2015, photo, Detroit Jesuit High School volunteers serve as pallbearers at a funeral of a homeless military veteran.

DETROIT -- A new service project at a Detroit high school isn't the typical volunteer experience at a soup kitchen or nursing home.

More than 50 University of Detroit Jesuit High students have signed up to serve as pallbearers at the funerals of homeless men and women.

Six students from the all-boys Catholic prep school recently kicked off the pallbearer ministry by carrying the caskets of three homeless military veterans during services at the Great Lakes National Cemetery, an hour's drive north of Detroit.

The men, whose bodies went unclaimed at the county morgue, had served in the Army, Air Force and Marines.

Student leader Lenny Froehlich (FROH'-lik) was among the students who carried the flag-draped caskets. Froehlich says he and his classmates considered it "a privilege."
Related topics:
educationmichigancommunity servicehigh schoolu.s. & world
Copyright © 2021 by The Associated Press. All Rights Reserved.
U.S. & WORLD