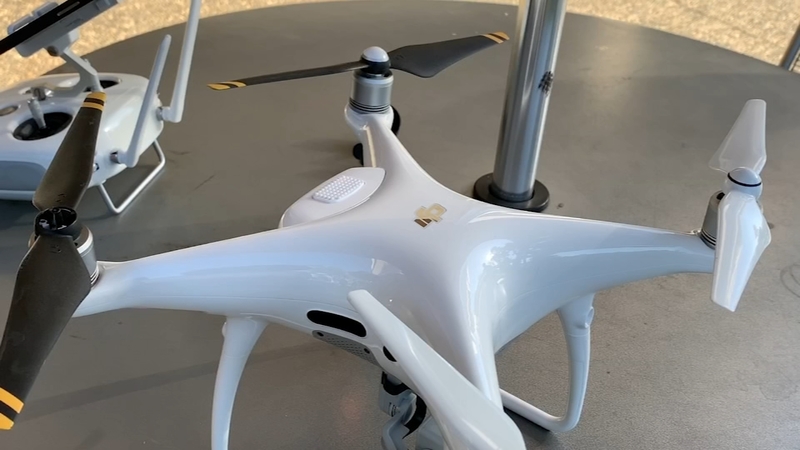 You may not be familiar with the term geomatics engineering, but if you've ever used your phone's GPS to get somewhere you've taken advantage of it.

It's the combination of engineering and mathematics that drew Jacob Lopez to the major early on during his time at Fresno State.

Now a civil engineering major, with a focus on geomatics, Lopez is one of three students working on a mapping research project for Caltrans.

"We capture imagery from drones, then we import the photography and lay it out in a software," described Lopez.

Traditionally survey crews would map out areas in person.

"Traditional old way you'd see us out on the road," described Asst. Professor Scott Petterson. "That part of it is a dangerous profession, but if we can use the kind of technology to be able to map with an equal amount of degree and precision it's safer."

Over the past several years, Lopez has worked with a team importing the drone images into a software and creating maps.

He even presented his research at an international conference in the Netherlands.

The findings will provide instructions on how to best use drones for surveying and mapping.

"It's highly impactful," said Petterson. "Not just here in the valley, but everywhere I mean this is stuff that goes beyond Cal Trans."