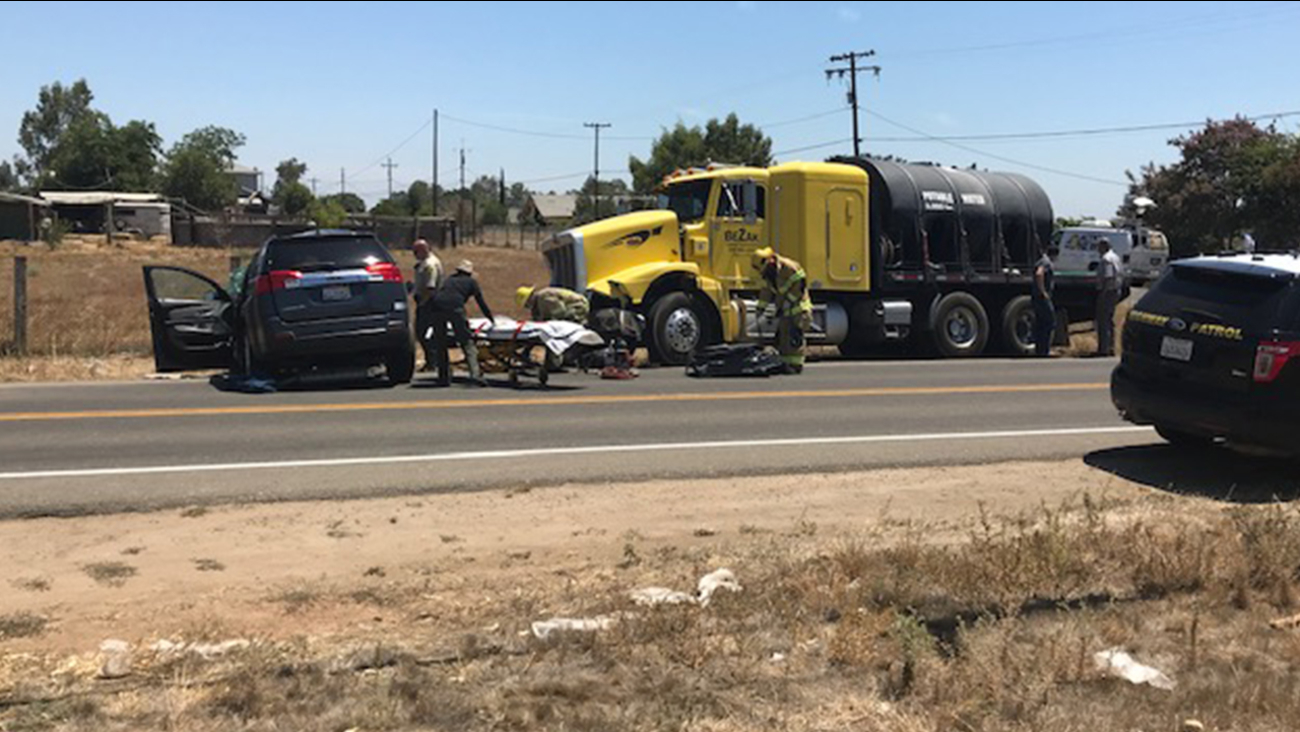 The California Highway Patrol is investigating a crash that killed a woman in Madera County.

The California Highway Patrol is investigating a crash that killed an 82-year-old woman in Madera County.

The CHP says Maria Barajas Gonzalez, 59, of Los Banos was at a two way stop when she pulled out in front of a big rig.

The collision caused major damage to the passenger side of Gonzalez's car and her 82-year-old passenger was pronounced dead at the scene.