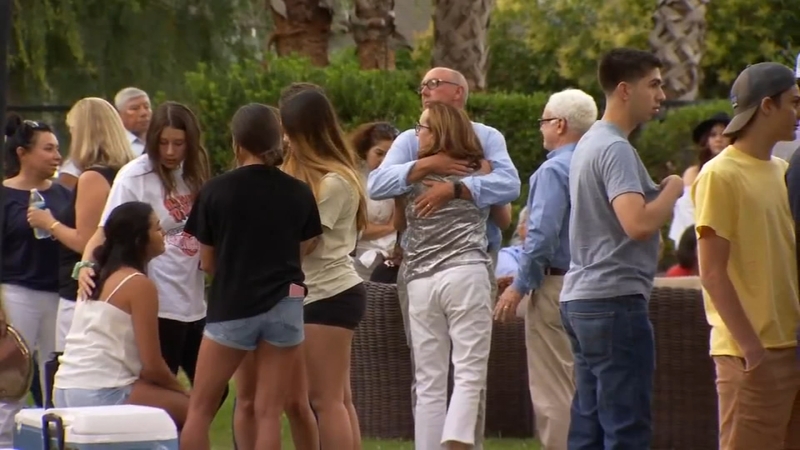 FRESNO, Calif. (KFSN) -- There was a hardly a dry eye at the corner of Van Ness and Rialto in Northwest Fresno, where friends and community members stood remembering 17-year-old Nick Kauls.

Lauren Price was a friend of Nick. She said, "He was always so happy, he was always smiling." She also told us she would never forget the first day they met.

"The first day I met him, he offered to walk me to my car," Price said. "I just thought he was a good person and ever since we became friends."

The San Joaquin Memorial senior and standout soccer player was shot twice in the back of the head Sunday night after a suspect approached him and a friend demanding money. It is a reality Ryann Dunkin had a hard time accepting.

Over the phone, we spoke with Mona Faulkner, the superintendent for Nick's school. She told us they are already orchestrating ways to honor his life.

"His mother asked if he would receive an honorary diploma for Memorial and I granted that request," Faulkner said.