Sandoval said Green grabbed her by the neck and held her up against a wall once.

Another time, she said Green dragged her by her hair down the hallway.

She also claimed Green an Exeter Police Officer, pointed a gun at her on several occasions.

While pointing a gun at her once, she said Green said, "I could (expletive) kill you and make it look like an accident."

Sandoval also testified that Green would threaten to call the police on her and take their son, who was born after their divorce, away.

"Did you believe that Mr. Green could or would do those things?" Dan Chambers, Sandoval's defense attorney asked her. "Absolutely," Sandoval responded.

"Why did you believe that?" Chambers asked. "I knew he had a lot of power, a lot of pull," Sandoval said.

On February 6, 2015, Sandoval said she climbed through an unlocked window to get inside Green's Goshen home.

He wasn't there, and Sandoval admitted she went to snoop around, having concerns about her son's living conditions while staying there.

Sandoval eventually looked inside Green's safe in the spare bedroom.

She said she found two explicit photos of underage girls engaged in sex acts with men.

"I thought, is he watching this kind of stuff around my son?" Sandoval said. "Is he doing anything to my son? So yeah I did think about my son."

Sandoval heard Green come home, so she hid in a closet.

She then grabbed one of his guns and confronted him as he sat on the toilet.

Sandoval said her ex-husband looked at her, said he was going to kill her, and started to get up.

That's when she opened fire.

"I regretted it instantly," she said. "Because that was the father of my child."

During the beginning of cross-examination, Tulare County Assistant District Attorney David Alavezos asked Sandoval why no reports described the photos she said she found.

"I wasn't sure if he had gotten abused," Sandoval said.

Sandoval will be back on the witness stand on Friday. 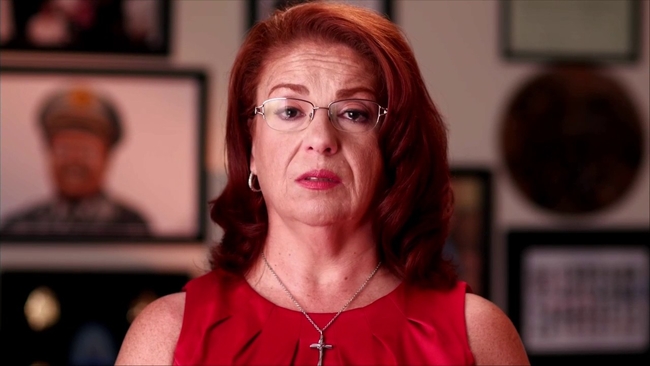