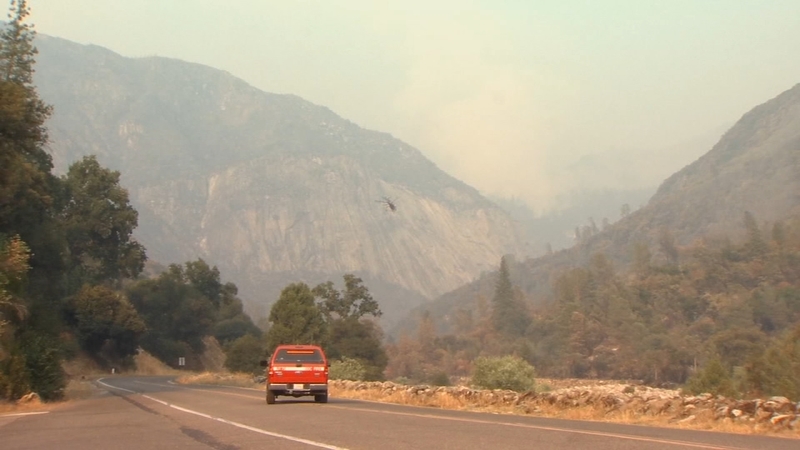 EL PORTAL (KFSN) -- Firefighters say the Ferguson Fire is finally winding down. They were able to make a lot of progress on the northern side of the fire and reopen two major roads.

On their first day back, neighbors in El Portal are getting a front row seat to the action.

The cost of such a dramatic aerial show is a pricey one.

We just got back today and we are starting to inventory what's gone as far as product and scheduling," said General Manager Ross Mathewson.

Even though the road is reopened and the evacuations are lifted the smoky horizon means tourists cannot be returning to Yosemite or his store anytime soon.

"A lot of people coming through like that. They are pretty upset about ruining their vacation plans but that's how it is summer in California," said Mathewson.

For the first time in three weeks, firefighters were optimistic about their gains. The favorable weather helped them achieve significant milestones in the north.

"I think we had some major successes today. Some of those are major highways open, some evacuations lifted, so today has been a very good day," said Ferguson Fire PIO Cheyenne Warner.

The hottest part of the fire continues to burn between Wawona Road, Glacier Point Road, and Chinquapin.