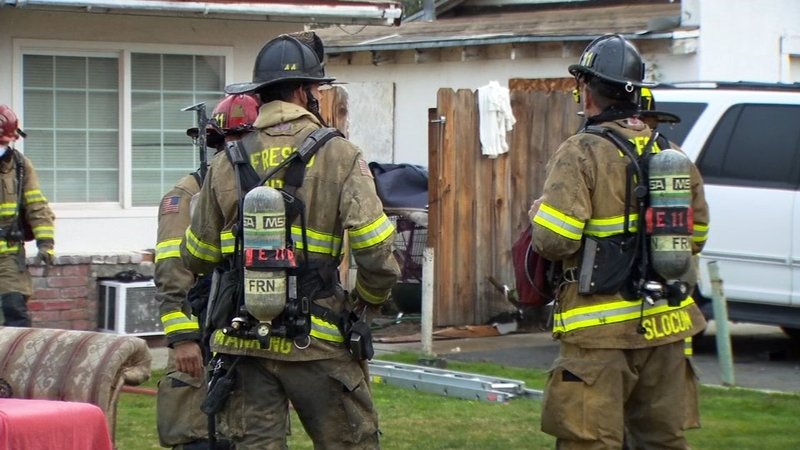 FRESNO, Calif. (KFSN) -- It was a busy Christmas morning for Fresno firefighters. Crews battled a total of three blazes within two hours.

All of them happened before most kids were up to open presents.

Von called 911 for the fire that happened at his apartment complex on Clay and 8th. He said his neighbor was banging on his door while he was sleeping, asking for help.

"I saw the smoke come out from the roof," Von said. "Everything smelled like gas, so I called 911 for them."

The other fire happened at Dakota and Fruit, where a blaze ignited inside the home.

Authorities said two people were inside, and one of them woke up to the smell of smoke.

About 10 miles away at Clay and Olive, firefighters returned to this vacant apartment for the third time in weeks. It stretched resources out so that crews could keep all areas covered.

Battalion Chief Tony Escobedo said that during the holidays, they anticipate the number of calls to increase.