FIVE Restaurant closed until damage is repaired after fire breaks out 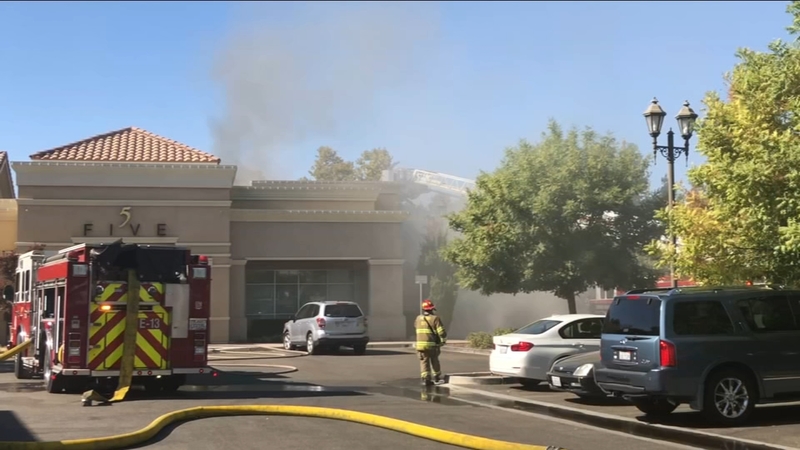 FIVE Restaurant closed until damage is repaired after fire breaks out

FRESNO, Calif. (KFSN) -- A popular Northeast Fresno is closed until repairs can be made after the fire broke out on Sunday.

Patrons of Five Restaurant at Champlain and Perrin were saddened to see one of their favorite spots to eat and drink was forced to shut down.

The fire erupted two hours before it was going to open. It started near the pizza oven and spread into the attic.

Smoke filled the entire building but without a sprinkler system in place, the outcome would have been much worse.

Fresno City Battalion Chief Bob Van Tassel explained, "I would figure that particular building probably would have burned to the ground."

Van Tassel added if the sprinklers didn't knock down the flames, the fire would've threatened neighboring buildings. Still, the smoke and water damage was extensive.

Van Tassel said, "I think the early estimates around $300,000 although there's probably a substantial loss I'm sure to the business. As you're aware, it's a well-established business in the community."

In a message posted on Facebook, owners Pat and Marina LaRocca said, "On behalf of our FIVE family, we would like to thank our friends, family, and community for keeping us in your thoughts and prayers. We are doing everything necessary to speed up the process of reopening our family restaurant."

Five Restaurant was preparing for another busy day.

Operations Manager Nicole Fitzgerald said it was just controlled in the kitchen when we had to evacuate. It definitely surpassed the kitchen."