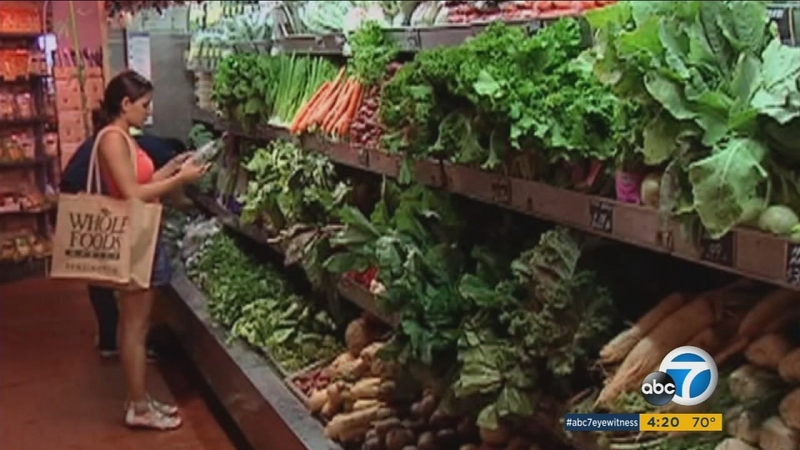 LOS ANGELES -- Taking health experts by surprise, the National Academies of Science suggests that there is no increased long term health or environmental risks to genetically modified food.

"If you look at the data, and there really is no support that genetically modified ingredients can do anything to us or effect change," said market analyst "Supermarket Guru" Phil Lempert.

The committee compared 20 years of data from U.S. and Canadian consumers who eat genetically engineered foods with those from Europe who generally don't.

Genetically engineered or Genetically modified food -- GMOs -- is where the DNA of said plant or animal has been altered in a way that does not occur naturally, or grown as nature intended.

Food scientist modify plants or animals to make desired characteristics, for instance making a food sweeter, resistant to drought or insects and more.

But that type of unnatural modification has many consumers unhappy.

"It is a very emotional issue. People don't understand the science of genetic engineering. Number one, that's the problem," said Lempert.

That is a challenge, even advocates admit, the food industry must overcome.

But the NAS report does have some criticism. Ninety percent of soybeans and corn in the U.S. are GMOs. These crops are modified with an ingredient known as glyphosate that is supposed to fight weeds.

Glysophate has been found to be a possible carcinogen per the International Agency for Research on Cancer. Soy and corn are major ingredients in the U.S. food supply.

This year, the FDA is expected to measure glyphosate found in soybeans, corn, milk and eggs to see how much we are consuming.

It also explains why consumers groups like the Center for Science in the Public Interest and also the NAS continue to campaign for labeling, so consumers have a choice in what they are buying.