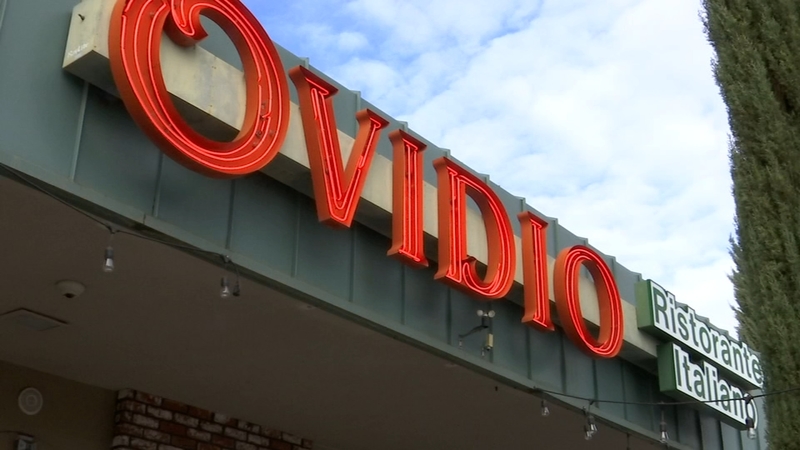 "It's called shrimp scampi a la Franco," he said while demonstrating his eponymous dish.

Franco has written poetry on dinner plates for 40 years, honoring his restaurant's namesake, the Italian poet Ovidio from his hometown of Sulmona.

The food stayed mostly the same through the decades, but his clothing might've changed along with the menus, and his family too.

"I grew up in the restaurant," said his son Rocco Paolilli.

Rocco wasn't even born when Ovidio opened, but he's now in charge of everyday operations.

He's kept the traditions alive but added some of his own flavor to the decor.

"Our biggest remodel that we did in 2018, I think that was my proudest moment," Rocco said. "I've kind of given my touch to the restaurant now."

"He's bringing this to another level and I'm so proud of him," said Franco.

Rocco has a golden touch for growing the business, and Franco still works five days a week, mostly in the bar he added this century, but the kitchen is still home.

The flavors come alive for the restaurant's anniversary Sunday, but the celebration begins after the New Year.

They'll have a special menu with three courses for $19.79 all through January, as well as a big party on the 9th.