State metrics currently show Fresno County with a case rate that is too high to stay in the less restrictive 'red tier'.
KFSN
By Jason Oliveira 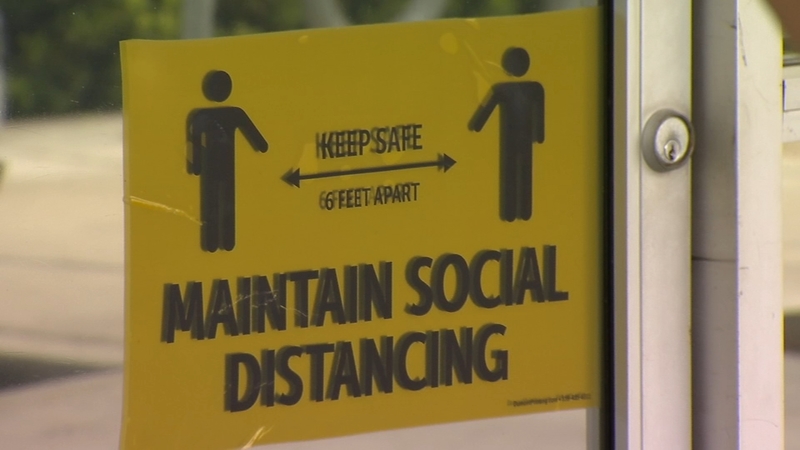 FRESNO, Calif. (KFSN) -- Just as businesses like gyms and restaurants are beginning to flourish again, the numbers show that Fresno County is in danger of falling back into the more restrictive purple coronavirus tier, meaning gyms would be forced to shut down, and restaurants would have to rely on patio seating and to-go orders again.

"My business alone, I'm not going to say it's going to destroy it but it's going to put a significant ding," said Tom Miller, who owns the Press Box sports grill.

When health officials allowed indoor dining to resume at 25% capacity on September 29th, Miller said he hired 50 employees across his three restaurants.

But if he's forced to shut down again, Miller says it could cause irreversible damage to his business and employees.

"This is something I started 11 years ago and it's been washed out in a span of four or five months," he said.

Gyms have reopened at 10% capacity, but that could soon change.

If Fresno County returns to the more restrictive purple tier, indoor gyms like GB3 will have to close again.

Some of those other operations that would be forced to shut down include movie theaters, tattoo parlors, and places of worship.

For Tom Miller, he said the Press Box will continue to provide indoor dining to his customers no matter what health officials say.

"My pledge is currently to stand strong unless legal counsel tells me I'm an idiot for doing it. It's kind of damned if I do, damned if I don't," he said.