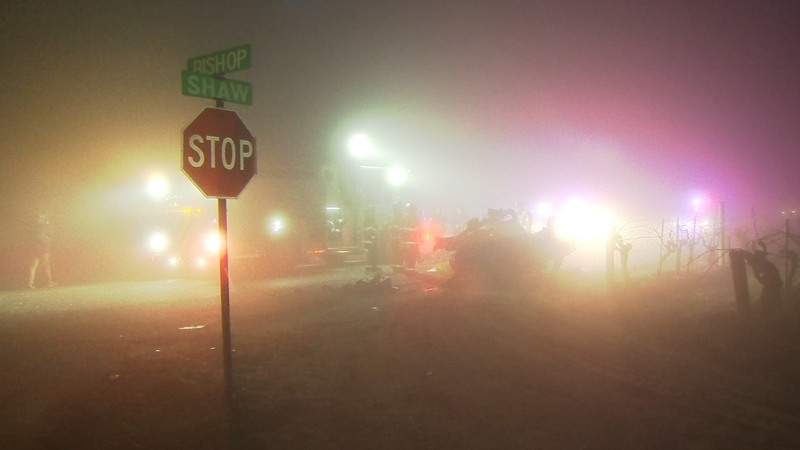 FRESNO, Calif. (KFSN) -- Authorities have identified the 74-year-old man who was killed in a crash in Fresno County on Friday night as Jon Luis Endara of Fresno.

The crash happened near Shaw and Bishop around 9 pm.

The California Highway Patrol says Endara was driving east when he pulled in front of a Honda while trying to make a left turn.

Authorities say the collision caused his Camaro to spin out, hitting another car before flipping over.

Endara was pronounced dead at the scene.

Heavy fog in the area is believed to have played a role in the crash, which also made it difficult for authorities to investigate.

"The fog is a bit of a challenge for us," says CHP Sgt. Garrett Peck. "Luckily, the fire department has stayed on scene and provided us their very large fire trucks with their very bright lights. We urge drivers to slow down -- be cautious and understand you can barely see as far as your lights can reach."