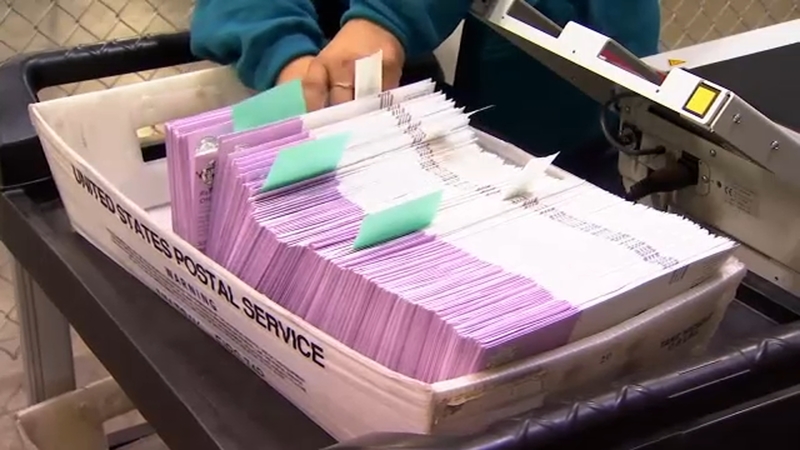 FRESNO, Calif. (KFSN) -- Election results have begun to pour in Central California and across the state.

Election crews worked into the early morning hours of Wednesday to prepare mail-in ballots that will be tallied in the coming days.

On Election Night, a line of cars flowed into the Fresno County Elections warehouse in southeast Fresno, dropping off materials from voting centers and ballot drop boxes across the county.

Coalinga's ballots were flown in by the Fresno County Sheriff's Office helicopter and right around 10 o'clock, the last of the tabulated results arrived.

Election workers wrapped up on Tuesday night, pulling off the security flap that covered the voter's signature on the envelope.

That was a new feature this election to help keep voters' signatures secure until they were in the hands of an election worker.

Those envelopes were stacked up and starting Wednesday, those votes will begin to be processed.