It forced crews to battle the fire from a distance until PG&E could cut the power.
KFSN 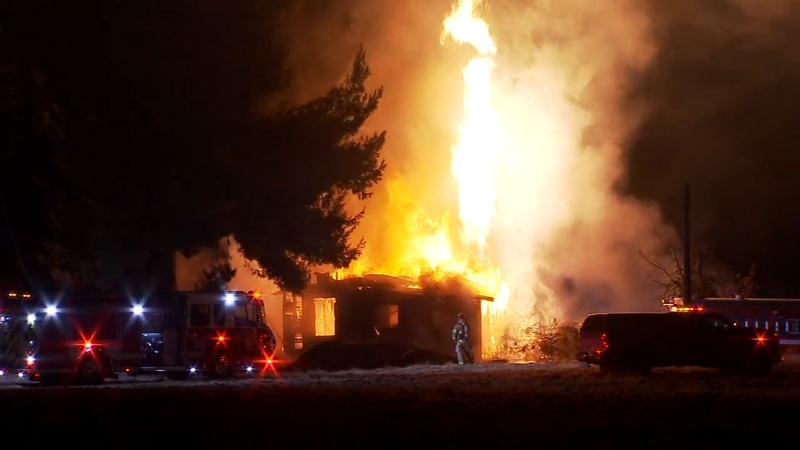 Crews were initially called to a vegetation fire before 10:30 pm on Belmont and De Wolf Avenues.

When they arrived, they found an outbuilding engulfed in flames.

The firefighters faced several challenges while taking on the blaze, such as downed power lines near fences. It forced crews to battle the fire from a distance until PG&E could cut the power.

"We were trying to log water on it from a distance due to the power issue. We also had a propane tank. It was going off and generating a lot of heat. So, firewood and other debris down the fence line generating some heat," said Fresno County Fire Batt. Chief Jeremiah Wittwer.

No one was hurt, and no other property in the area was damaged.