Young voters hold the future in their hands. Will they shape it? 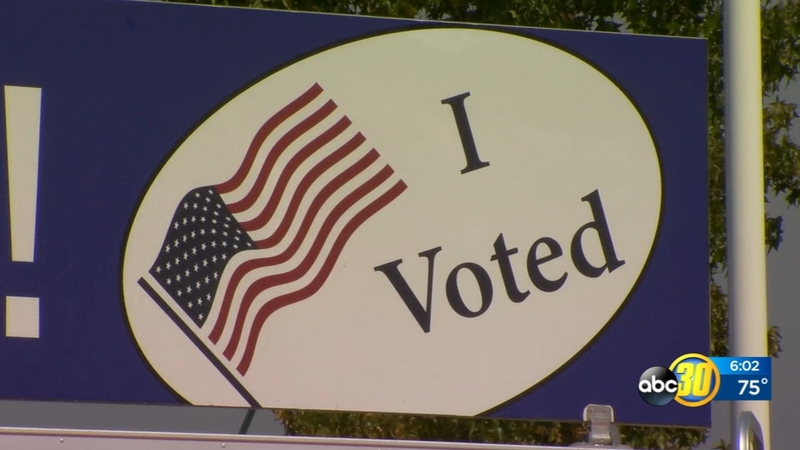 FRESNO, Calif. (KFSN) -- Young voters could fundamentally change the electoral map in 2020 and beyond, but only if a very consistent trend comes to an end.

"We felt like we had to be heard, be seen and do something," said Fresno's Jaycee Hines during a September demonstration.

But translating voices into votes is a challenge.

External Affairs Vice President Fidel Moreno-Meza is trying to get them all to cast ballots even while the campus is mostly empty.

"I've done a lot of email blasts, which I know a lot of students don't like, but it's the only way to get certain information out there," he said. "We've also tried to shift our focus from doing physical events to going onto social media."

Tik Tok, Instagram, and Twitter are some of the main sources for political information for Generation Z, which now makes up about 10% of all eligible voters, according to Pew Research.

But as of Wednesday morning, only 21% of registered voters in Fresno County between the ages of 18 and 34 had cast their ballots.

We spent more than an hour at the elections office Wednesday and saw nobody in that age range going to vote or turn in a ballot.

Historically, they're the least likely age group to vote.

"The early vote has typically always been probably older voters," said Madera County's chief assistant county clerk/recorder, Justin White. "But what we are seeing is an uptick of people voting in person. Our vote by mail returns are higher than they've ever been. And we're getting more calls. There seems to be more interest in this election."

White said the increased interest is coming from every demographic.

"I hope that a lot of people my age are holding off to go either vote in person or to turn in their ballots when the polling locations open on the 31st," said Moreno-Meza. Fresno County's 53 vote centers open Oct. 31.

Moreno-Meza admits it scares him a little that the oldest people have a bigger say in political decisions since they tend to disagree with younger voters on social issues.