Fresno police say a man rammed a motorbike carrying his ex-girlfriend, kidnapped her and then hit a power pole, causing an outage.
KFSN
By Vanessa Vasconcelos 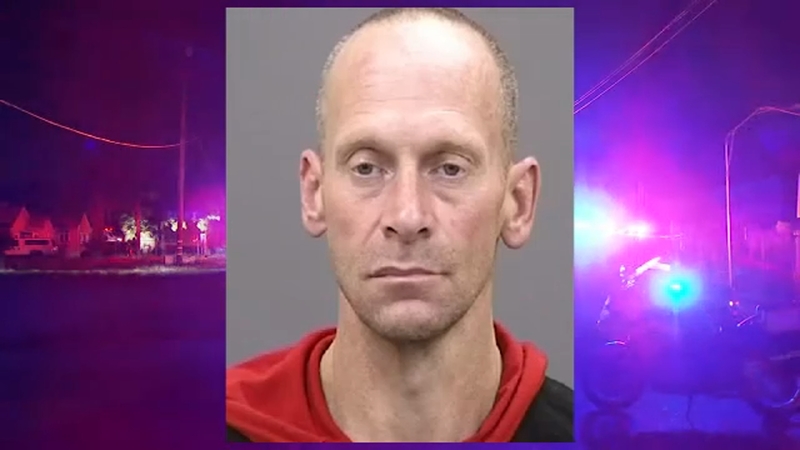 FRESNO, Calif. (KFSN) -- Power may be restored for thousands of customers impacted by a crash at Whitesbridge and Hughes, but the investigation is just beginning as Fresno police say the crash stemmed from a domestic dispute a mile and a half away.

Jeremy Crisp, 44, is in the Fresno County jail after investigators say he intentionally rammed his truck into a motorcycle, throwing his ex-girlfriend and another man off the bike.

Investigators say Crisp pulled the woman into his truck before crashing into a power pole.

Crisp is in the Fresno County jail on a number of charges, including violating probation, kidnapping and two counts of assault with a deadly weapon.

Both victims survived their injuries, but Lt. Jon Papaleo says this could have been a lot worse.

"The unfortunate thing with domestic violence is there's a lot of passion involved. Anytime you have someone who's passionate and they're heated and they're emotional, we get some really violent crimes," he said.

Papaleo says the department's "part 1 domestic violence crimes," meaning incidents that lead to substantial injury, are on the decline. However, they get roughly 160 domestic-related incidents per week.

Lt. Papaleo says, "Those are the ones where maybe it hasn't risen to the level of a crime, but those people still need help."

That's where partnerships with non-profits like the Marjaree Mason Center make a lasting impact.

"Domestic violence is all about power and control and anytime there's a threat to the abusive partner losing control, it's always an opportunity to try to use any power to maintain or gain it," says Executive Director Nicole Linder.

She says violence traditionally increases as the heat does, which is what they're crediting a recent spike in cases too.

Linder adds, "Collectively, we saw an increase of 13% last year and that was above a 25% increase the year before."

The Marjaree Mason Center provides a number of resources that go beyond emergency shelter.

"Sometimes people are in extremely dangerous situations and they're not concerned at all because what they're concerned about is their housing. They're less concerned about violence and the threat of homicide over where they're going to sleep the next night," says Linder.

Expecting a spike this summer, she says the best line of defense is prevention.

According to research collected by the Kaiser Family Foundation, 71% of females will experience intimate partner violence before the age of 25.

Nicole says, "We really need to start having those conversations."