Firefighters were told someone was inside the building, but after a search, no one was found.
KFSN 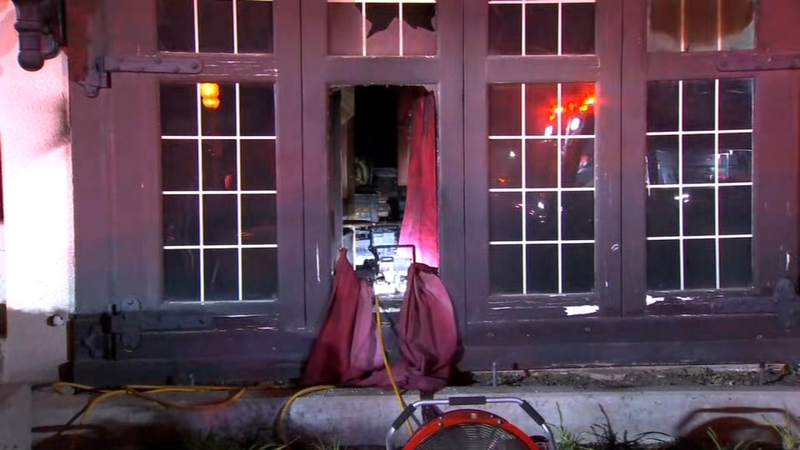 FRESNO, Calif. (KFSN) -- A newly remodeled home in central Fresno caught fire early on Tuesday morning, and firefighters are investigating whether the cause was suspicious.

The fire was first reported just before 1:30 a.m. at Van Ness and Home Avenues, just off of McKinley.

Fire crews arrived to find a front window broken and flames billowing out of it.

The house was formerly a fire station. The large structure helped fuel the flames and the blaze extended to the back of the house.

Firefighters were told someone was inside the building, but after a search, no one was found.

"We ordered up here our investigator dog to check for any accelerants that may have been used, and we did find some evidence that may indicate potential illegal fire on this one, but the investigator will make the final determination," said Fresno Fire Battalion Chief Tony Escobedo.

Firefighters believe the fire started in the front of the home because there was smoke damage to the garage and several vehicles.