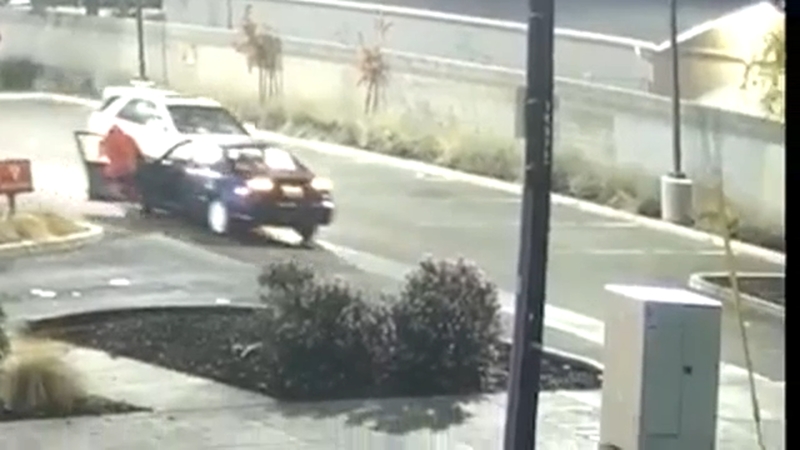 Confrontation with apparent rifle ends with crash in central Fresno

A confrontation involving what appears to be a high-powered rifle ended with a big crash.

Minutes later, a man in the Honda parked his car and grabbed what looks like a rifle from his trunk.

He then pulls into a nearby parking lot.

At some point, the Honda and Lexus square off in that lot.

The man appears to point the rifle at the Lexus.

But then, the Lexus driver rams into the Honda, driving it back and pinning the man against the door.

The armed man is thrown from his car and the Lexus drives off.