This is the second time in two weeks the home was allegedly broken into.
KFSN 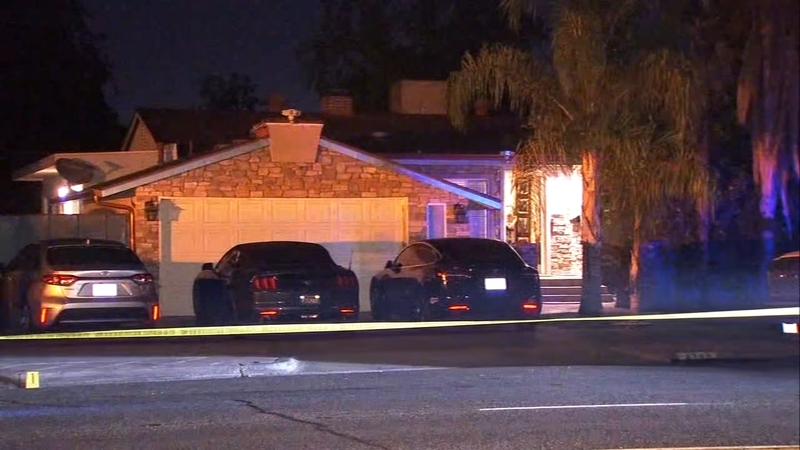 FRESNO, Calif. (KFSN) -- Fresno County Sheriff's detectives have recovered surveillance video from an east Central Fresno home - after a resident said he shot at someone who was trying to break in on Wednesday morning.

The 17-year-old suspected burglar was found nearby after being struck.

The homeowner reported a burglary at his home for the second time in two weeks.

"We're obviously talking with the homeowner to figure out why he might be getting targeted so much, and then there's a lot to the story that we still don't know," said Tony Botti with the Fresno County Sheriff's Office.

Investigators say a Ring camera installed by the front door was working early Wednesday morning and captured video of the attempted burglary. The camera also alerted the homeowner, who deputies say, grabbed a handgun and ran outside. By that time detectives were told, the suspect had jumped a fence and was running.

At some point, the homeowner confronted the attempted burglar, and several shots were fired.

"The homeowner gave us some pretty good details- but we want to know a little bit more as to what caused him to fire at the suspect," said Botti.

When deputies arrived, they tracked the teen down about half a block away. He was shot several times but is expected to recover.

Right now, there's no evidence leading investigators to believe the suspect had a weapon.

Deputies say during the prior break-in last Thursday, a person actually made it inside the house before being confronted and running away.

Investigators are now trying to figure out if the suspect is the same in both instances.

"We're looking into that. We do have video evidence from this morning. We're trying to see if we can get a better description of the person who broke in last week," said Botti.

Several adults who live in the home will also be questioned as part of the investigation.

The 17-year-old suspect who was shot was taken to the hospital and treated for non-life-threatening injuries. He was later booked into juvenile hall on one felony count of attempted burglary.