CDC warns of increase in flu cases at college campuses 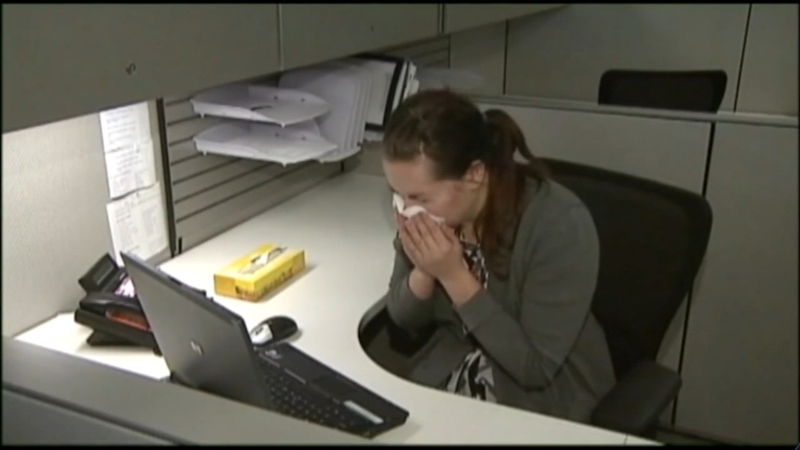 CDC warns of increase in flu cases at college campuses

FRESNO, Calif. (KFSN) -- The Centers for Disease Control is warning of an increase in flu infections, especially in young adults attending college.

Flu season is just beginning, with the peak sometime around February. According to Fresno State, so far, there have been zero reported flu cases.

"We've tested about nine students so far, which is not that many," said Lisa Roberts with the Student Health and Counseling Center. "We've had no positives yet."

Roberts said the university, as well as Fresno County, had a nearly non-existent flu season last year. She said it's in part due to students not being on campus and several health precautions in place.

Now, students and staff are back, and while those precautions are still being implemented, like mask-wearing, Roberts said the virus could spread easily and quickly around a college campus.

"It's high-density living, so they're in classes together, utilizing the library, living the dorms, going to activities," she said. "They are around each other in common spaces."

Action News spoke to a sophomore who said she's not too concerned about the virus because she's already taking extra precautions.

"I just wear my mask everywhere I go, and you know, wash my hands," said Breanna Adams.

According to Roberts, taking those steps will help prevent the spread of the flu, but the most important step is getting the flu shot.

"So that you're protected by the time flu cases start ramping up," Roberts said.

Fresno State hosts flu clinics every October, but following that, students can make an appointment for a free flu shot at the student health center.

"We give them flu vaccines until we run out," said Roberts.


Report a correction or typo
Related topics:
health & fitnessfresnohealthfresno statefluflu preventionflu season
Copyright © 2022 KFSN-TV. All Rights Reserved.
FLU
Rare instance of 'flurona' - flu and coronavirus - reported in Israel
Flu, cold or COVID? How to respond to symptoms
Flu is making a comeback in US after an unusual year off
It's OK to get the flu shot and COVID vaccine together, doctors say
TOP STORIES
Man charged with murder of 2-year-old whose father died a year earlier
Valley Children's Hospital delaying some non-urgent surgeries
How reliable are rapid tests? Dr. explains when to depend on results
Good Sports: Fresno woman gains recognition with indoor rowing
Valley ag business continues to feel impact of supply chain issues
Merced police searching for missing 87-year-old man
Website for free COVID tests is here. How does it work?
Show More
Biden, 1 year in, says nation weary from COVID but in a better place
Man suffered severe burns after explosion at Table Mountain Casino
Man hit by car in northwest Fresno
Suspects caught on camera stealing from Kohl's in northwest Fresno
Domestic violence suspect arrested after standoff with Fresno police
More TOP STORIES News