This is the 46th homicide of the year so far in Fresno. At this time last year, the city had only 22 homicides.
KFSN
By Linda Ha 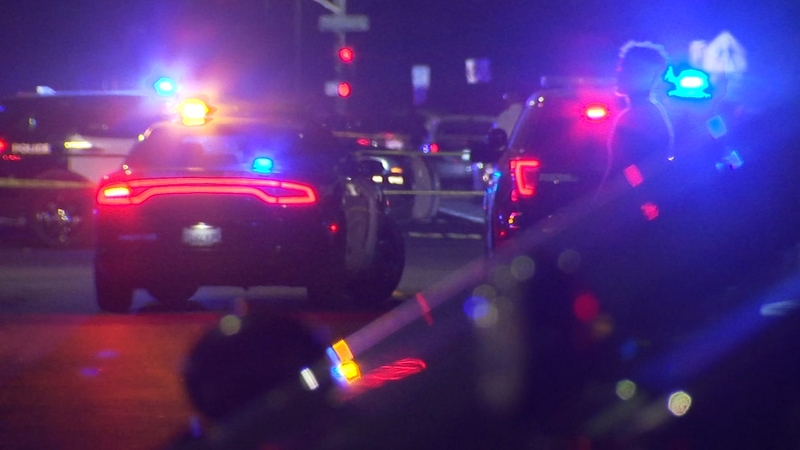 Police are now investigating a shooting that killed a 22-year-old man near the Fresno State campus.

The shooting happened at the intersection of Maple and San Gabriel Avenues just after midnight on Sunday morning.

Officers responded and found the victim, Kev'Vion Schrubb, with several gunshot wounds to his upper body.

First responders rushed him to the hospital where he died shortly after arriving.

Investigators stayed on scene throughout the morning and bullets from the shooting hit several parked cars and an apartment community for students.

People in the neighborhood say they have lived here for years and the gunfire is becoming all too common.

Kev'vion's mother, Tiffany Carter, told Action News her son was on his way to help his roommate after attending a fundraiser event.

Every morning, Kev'vion would take his little sister to school and make breakfast for his grandfather who has dementia.

He played football at Central High School and later at Western Colorado University.

In 2018 he started the clothing brand No Love, often donating it to people experiencing homelessness and to Valley Children's Hospital.

"I remember times that he came on with no coat on because he saw a kid walking without any and he would take it off and give it to him," Tiffany said.

She has set up a fundraising page to carry on his brand. If you want to contribute, click here.

Meanwhile, the search continues for the gunman.

Fresno police are asking anyone with information to contact Crimestoppers or call the department.

"We do have some information about a possible altercation that occurred prior to, several shots rang out, and that's one of the officers reported the gunshot victim. At this point we're still trying to find witnesses, get evidence," said Fresno police Lt. Paul Cervantes.

This is the 46th homicide of the year so far in Fresno.

At this time last year, the city had only 22 homicides.

In response to the increase in violence, the police department says starting this weekend, all of its specialized units are focusing on violent crime.

This is their number one priority and it's all hands on deck.