Chief Paco Balderrama said there were no homicides, one shooting victim and fewer Shotspotter calls in Fresno last week.
KFSN
By Dale Yurong and ABC30.Com Staff 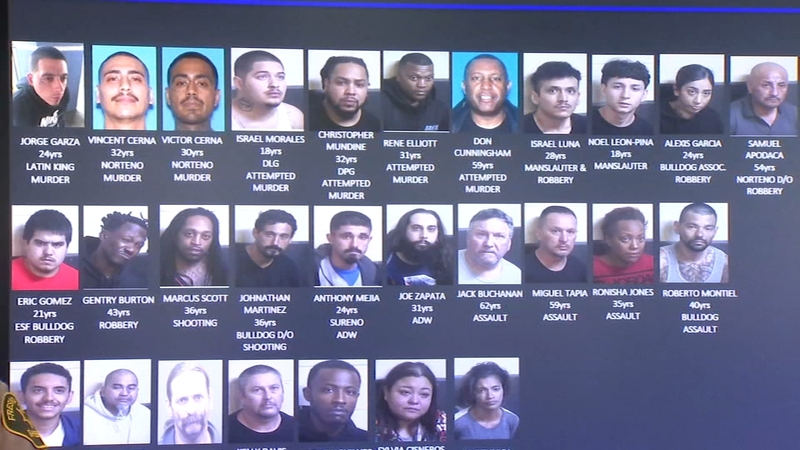 Dozens of guns recovered during the operation were lined up on a table inside the Fresno Police Department as officials discussed Operation Safe Neighborhood on Tuesday morning.

Balderrama said there were no homicides, one shooting victim and fewer Shotspotter calls in Fresno last week.

"When I got here in January, we had 11 homicides in one month. That's abnormally high. At that point, we were on pace to have 120 homicides in one year. Last year we set a record of 74 homicides. So the fact that this police department, along with our state, local and federal partners have been able to slow that trend down is very impressive," Balderrama said.

The chief said that while there are still a little more than 50 days left in the year, the department plans to keep the efforts up to reduce violence.

Approximately 40 firearms and several grams of illegal drugs were confiscated during the operation.

"We were able to suppress violent crime last week. It's something the Fresno community needed. We sent a message that we're not going to put up with violent crime," Balderrama said.

Fresno County District Attorney Lisa Smittcamp said the operation shows the importance of having a strong law enforcement presence in the city.

"The results are in the numbers the chief gave you. So for anybody in the community who believes that defunding the police is a way to provide safe communities, this is a perfect example to show you why that is a complete falsehood," Smittcamp said.

"For this last week, it didn't matter what your badge looked like or what your jurisdiction was. We were one big team, and we got the job done," Balderrama said.