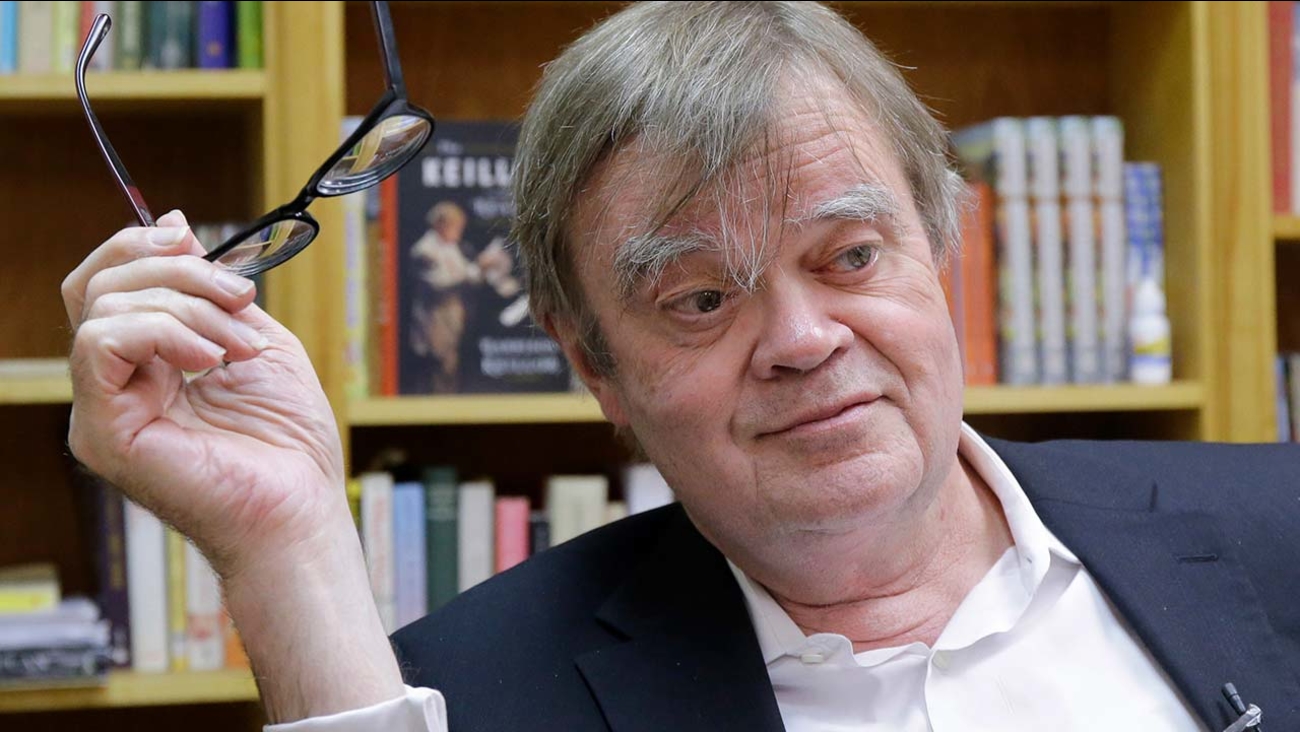 MINNEAPOLIS -- Garrison Keillor, the former host of "A Prairie Home Companion," said Wednesday he has been fired by Minnesota Public Radio over allegations of improper behavior.

Keillor told The Associated Press of his firing in an email. In a follow-up statement, he said he was fired over "a story that I think is more interesting and more complicated than the version MPR heard." He didn't give details of the allegation.

Keillor, 75, retired as host of his long-running public radio variety show in 2016. His hand-picked successor, mandolinist Chris Thile, is in his second season as "Prairie Home" host.

The statement came shortly after Keillor, an avowed Democrat, wrote a syndicated column that ridiculed the idea that Sen. Al Franken should resign over allegations of sexual harassment.

Keillor started his Saturday evening show featuring tales of his fictional Minnesota hometown of Lake Wobegon - "where all the women are strong, all the men are good-looking, and all the children are above average" - in 1974. The show featured musical acts, folksy humor, parody ads for fake products such as Powdermilk Biscuits and the centerpiece, Keillor delivering a seemingly off-the-cuff monologue, "The News From Lake Wobegon," in his rich baritone voice.