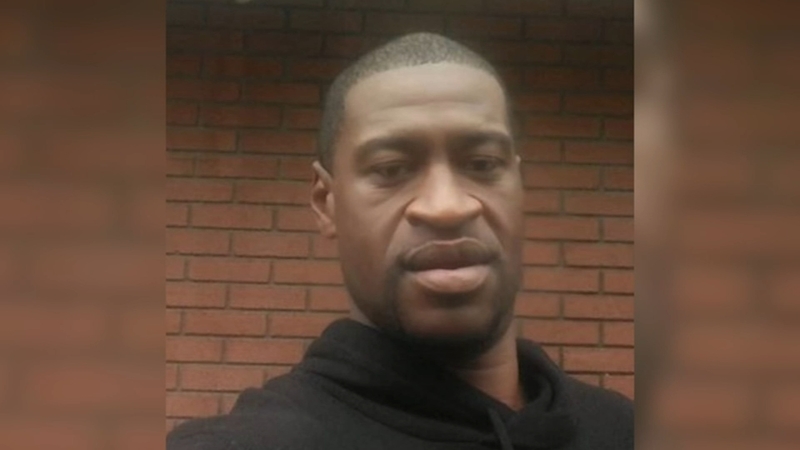 FRESNO, Calif. (KFSN) -- May 25 marks one year since George Floyd was killed under the knee of a former Minneapolis police officer. The moment of collective grief gave way to conversations on race in America, extending to legislatures, workplaces, and schools.

"It's really hard to watch something like that, and look like that, and then not put yourself in that situation," said Mikel, a junior at Edison High School.

Mikel and Butler are part of the Black Student Union Advisory Committee, giving them an outlet to express their shared grief. But they believe this safe space to process their emotions needs to expand into the classroom.

"There were a lot of students that were joking about it, that were poking fun at this murder," said Butler, a senior at Sunnyside High School. "The teachers were not doing anything in this horrible, horrible situation. I had to unmute, and I had to tell these students, my age, seniors that this is not okay, and there are so many students who go unrecognized, and for you guys to shed light in a negative way on this horrible, horrible act is inappropriate, and, you know, isn't good for the classroom."

Whether it's through a screen or in-person, the students say racial injustice and current events need to be addressed directly.

"Teachers and educators need to begin talking about the tough topics of race, equity and inclusion in the classroom to these young adults, because if we're not seeing that now, we're definitely not going to be seeing that as adults and being silent is doing nothing," said Butler.

"They need to see that and understand that maybe today, we're not going to do the quadratic formula. Maybe today, we're going to talk and learn about something that is affecting most of your classroom," Mikel said.

At Fresno Unified School District, teachers and staff are doing cultural proficiency training, which was already in motion before the death of George Floyd.

"The George Floyd murder, in a way, was helpful, and it did really push the work, I think to a place where we can now not go back," said Troy Polnitz, cultural proficiency and response manager at Fresno Unified. "We could never go back to where we were before."

About 96 percent of district staff have completed at least part of the 8-hour training, according to Polnitz.

"It's really all focused on what's called the Inside Out approach, which is really looking at yourself and looking at those biases, but it also has this component of really gaining the knowledge on how to shift systems on how to have difficult conversations, on how to name things when they happen. Especially in education, working with K through 12, if we can't have a conversation around some of these elements, we're doing a disservice to our kids, so we need to make sure that we're educating ourselves. We're seeking education in order to really effectively be able to have those conversations about race, culture, stereotypes," Polnitz said.

Their mission is for the entire district to work towards what they call an "equity lens" in the classroom and beyond.

"The thought is, you know, really go from having an equity lens to having what's called equity LASIK, which is kind of that permanent equity vision," he said.