From First Tee of Fresno to Pebble Beach, Bullard's Lauren Parayno readies for golf in college 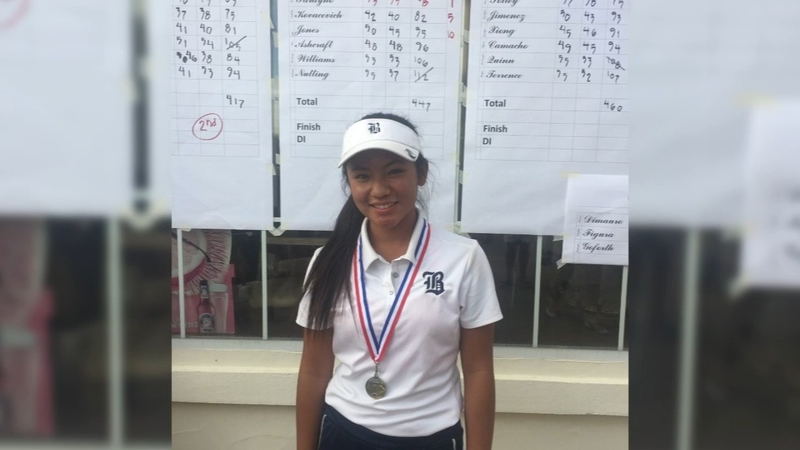 FRESNO, Calif. (KFSN) -- There's a saying that golf is 90 percent mental and the other 10 percent, also mental.

"It just made it a lot easier and it really helped me to not get so nervous because I did used to get really nervous," said Bullard senior Lauren Parayno.

Parayno has been playing golf since the fifth grade and is following in her sister's footsteps. Her sister, Megan, a former college golfer herself, is now the program director for the First Tee of Fresno.

"She liked it as a hobby at first and then afterward she just fell in love with the game," Megan said.
Lauren's game got better and better and in 2017, she got her first hole in one.

"The minute I turned around the ball had dropped in the hole and I was like, 'What the heck? This is crazy,''' she said.

Congrats to Lauren Parayno from @firstteefresno for her hole-in-one on the first hole during the final round at #Par3Champ pic.twitter.com/sxSY2GQpmC

Later that year, she applied through a First Tee program for the chance to play in golf tournament at Pebble Beach, where she'd be playing alongside tour professionals.

"Usually about 200 kids from around the United States of different First Tee chapters, and they only accept 76 of them," Lauren said.
Lauren was picked to go and was the second youngest in the field. Paired with her at Pebble was former world #1, Tom Lehman.

"He gave me a lot of compliments. Which, I mean, compliments from a pro? That's the best it can get," Lauren said.

"I felt like little to almost no pressure coming back from that because I don't know how much more pressure you can get other than playing on TV at Pebble. Like, I don't know how (much) better it can get," Lauren said.

When she came back to Fresno, that free-flowing attitude led to win after win. Most recently, she defended her 2019 title by winning the 2020 Len Ross Memorial with a -1 showing over the two days.

"It's so great to see her, especially growing up, to see where she started from and then now playing in tournaments. I'm very excited to see her play in college and see where she goes from there," Megan said.

Lauren is Bullard's valedictorian and will play golf at Dominican University with plans on pursuing a nursing degree.

"I really want to be able to balance out a golf schedule and a nursing schedule. I felt like D-II was the best way to go," Lauren said.

A mentality that has her on pace to help others she picked up from the game of golf.