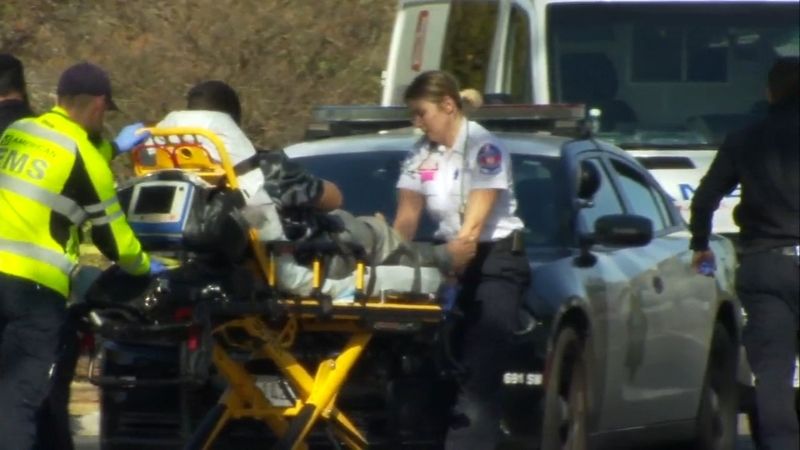 FRESNO, Calif. (KFSN) -- Fresno Police say they rushed to the scene of a home invasion that happened Thursday before noon in central Fresno.

Officers say a neighbor who rushed to help the homeowner was shot in the leg.

Investigators do not believe this was a random attack, but a Good Samaritan neighbor was injured while trying to intervene.

Officers say this victim was one of two neighbors who rushed outside when he heard a commotion around 11:30 am Thursday. However, his attempt to stop the suspects from getting away landed him with a gunshot wound to the leg.

"When the neighbors tried to stop them-one of them picked up a two by four and attempted to detain the person when the suspect pulled a gun and shot our victim in the leg," said Fresno Police Lieutenant Joey Alvarez.

Officers say a woman was home alone when she heard a suspicious sound. She went to investigate, which is when the suspects became violent.

The homeowner ended up running out and was confronting the suspects, which is when they ran into the house.

It appears the victims home does have security cameras outside. It's unknown if they were working or recording at the time.

Officers spent hours combing the neighborhood looking for witnesses and other surveillance video that may help to identify the suspects.

Detectives say the victim is cooperating and told them she did not know the men who forced their way into her home.