"The conclusion of this comprehensive investigation revealed that Sylvia Garay caused the collision by driving under the influence of alcohol," said CHP assistant chief Steve Badilla back in July 2011.
KFSN
By Corin Hoggard 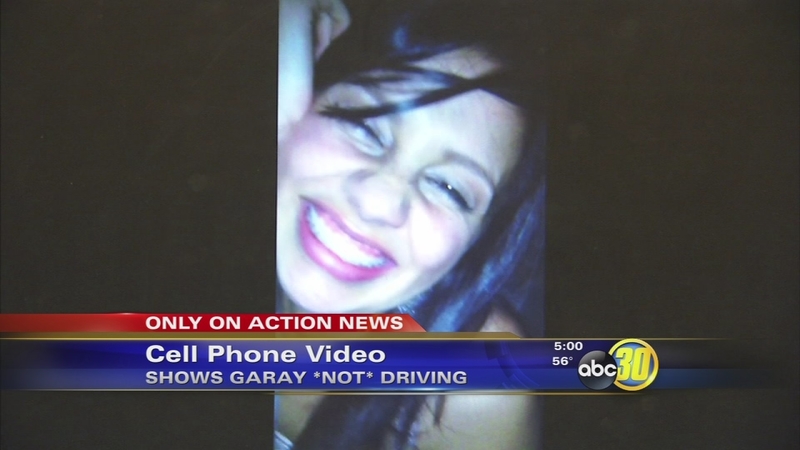 "We don't believe that our client, Sylvia Garay, was even driving the vehicle at the time of the accident," said plaintiff's attorney Jason Hesel, of Fowler, Helsel, & Vogt.

Garay, Stephanie Cordoba, and Vanessa Gonzalez are among those killed in the July 2010 crash. The CHP placed nearly all the blame for the collision on the 18-year-old Garay, who they said was driving an SUV that rolled over on Highway 99.

Garay's blood alcohol content was .11, which is over the legal limit even for people old enough to drink. And the narrative all along has been that if she hadn't driven drunk, none of this would've happened. Only problem is: maybe she wasn't driving.

Six lives ended in a mangled mess of metal and plastic strewn across Highway 99. A year later, CHP delivered a scapegoat on a silver platter.

"The conclusion of this comprehensive investigation revealed that Sylvia Garay caused the collision by driving under the influence of alcohol," said CHP assistant chief Steve Badilla back in July 2011.

The SUV registered to Garay's mother started the trouble on the highway. It rolled over near the center divide and investigators determined the Greyhound bus couldn't have stopped in time to avoid it. CHP investigators said three witnesses told them Garay was behind the wheel. But attorneys suing the bus company say investigators got it wrong.

"One of those witnesses says otherwise," Helsel said. "He says 'I never said Sylvia Garay was driving the vehicle.'"

In fact, Action News has acquired video showing for the first time Garay was definitely not driving, at least earlier in the night. For 11 seconds, Garay spun her cell phone around the SUV, revealing Vanessa Gonzalez behind the wheel and Stephanie Cordoba in the back seat. The same investigation that blamed Garay for the crash revealed Gonzalez had no alcohol in her system and some witnesses say they saw her, not Garay, behind the wheel.

Attorneys representing the young women say the CHP also had no black box information from Greyhound, but records and witnesses prove the bus had bad brakes, and the driver was speeding while not wearing his required glasses. And their testing shows he could've swerved to avoid the SUV. All this, they hope, might clear Garay's name and give her family peace.

"It's been an emotional roller coaster," Helsel said. "It's very tough for them. It's very emotional for them."

A Greyhound spokesperson told us the company has no comment on the case. The case is now set to go to trial next month.