'They had each other's backs': Hanford family grieves after man stabs ex-girlfriend, her brother to death

Suspect Garrett Leyva was hospitalized for his stab wounds and is expected to survive.
KFSN
By Alyssa Flores 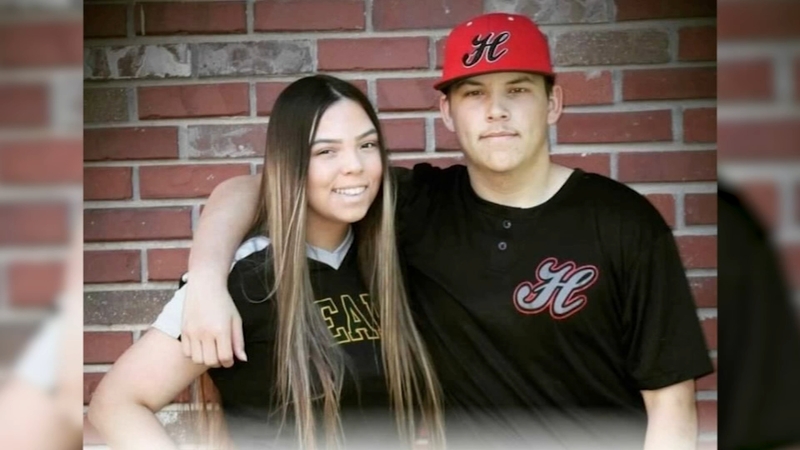 HANFORD, Calif. (KFSN) -- The family of 20-year-old Ryan Hulbert and her 18-year-old brother Zachery continues to grieve their tragic deaths.

Their aunt Marilyn Galindo believes the brother and sister protected one another until the very end.

On Monday morning, Hanford Police arrived at the family's home on Orange Street to find Ryan and Zach stabbed to death. Ryan's ex-boyfriend, 20-year-old Garrett Leyva, is accused of killing the siblings. He was also inside the home and had stab wounds.

RELATED: Man accused of stabbing ex-girlfriend and her brother to death in Hanford

During their two-year relationship, Leyva was no stranger to Ryan's family.

"Every interaction we have had with him, myself personally, he was always very respectful," says Galindo. "He would come up to us and give us a hug and tell us hello."

Galindo says Leyva was quiet, a member of the Army reserves, and never gave the family a reason to worry about their relationship.

"I know that if my sister even had some kind of hint or intuition, she would have said something to all of us to help Ryan get out of the situation she was in," she said.

Authorities say the couple broke up over the weekend.

"It was nothing out of the ordinary that would even remotely raise some red flags to us," said Galindo. "She was done and this young man could not accept it."

The family hopes the autopsy and investigation will reveal answers about what happened inside the home Monday morning.

"It's not the way of life for a parent to bury their child let alone having to do two at the same time."

Leyva was hospitalized for his stab wounds and is expected to survive. He hasn't been booked into King's County jail yet.

There have been two GoFundMe's established for the victims' parents.

Click here or here if you want to contribute to one of them.