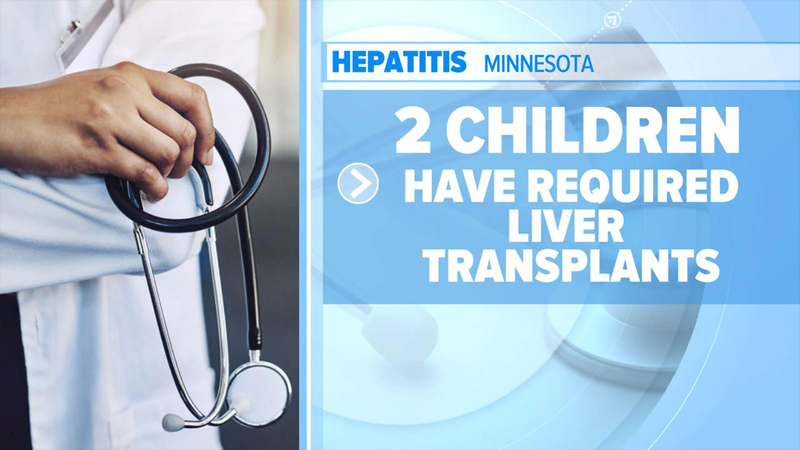 At least 10 states are reporting an alarming increase in cases of severe hepatitis -- or inflammation of the liver -- in children.

In Minnesota, one of the latest to see cases, two children have required liver transplants. One of them still waiting.

Wisconsin issued a health alert after four cases were reported, including one that resulted in death. Causes were also reported in Alabama, Delaware, Georgia, Illinois, Louisiana, New York, North Carolina and Tennessee.

This comes days after the Centers of Disease Control and Prevention shared clinical data from Alabama, where the first cases were found, showing that patients were from different parts of the state with no epidemiologic links.

Health officials say they have detected more cases of a mysterious liver disease in children. Dr. Anthony Cardillo breaks down what you should know.

According to the CDC analysis, all patients were considered generally healthy, with no significant comorbidities and no immune system weakness. The median age was about three years, ranging from younger than two to older than five years.

Yet researchers believe the Alabama cases show a possible link with a virus that can cause colds.

Out of the nine Alabama patients, five were also found to have contracted an adenovirus. While 50 known adenoviruses exist, these five children all contracted the same strain, known as "type 41."

Curiously, most adenoviruses, Type 41 included, often cause only respiratory or gastrointestinal symptoms not severe hepatitis.

It is still unknown whether that virus is a cause or is somehow contributing to the outbreak. Researchers said any number of viruses, environmental toxins, even medication, can cause severe hepatitis.

"[She experienced] stomach pain, fatigue and no appetite for about a week. Her overall energy level went up and down, so it was really hard to tell that she was as sick as she was," King told ABC News.

She is expected to make a full recovery.