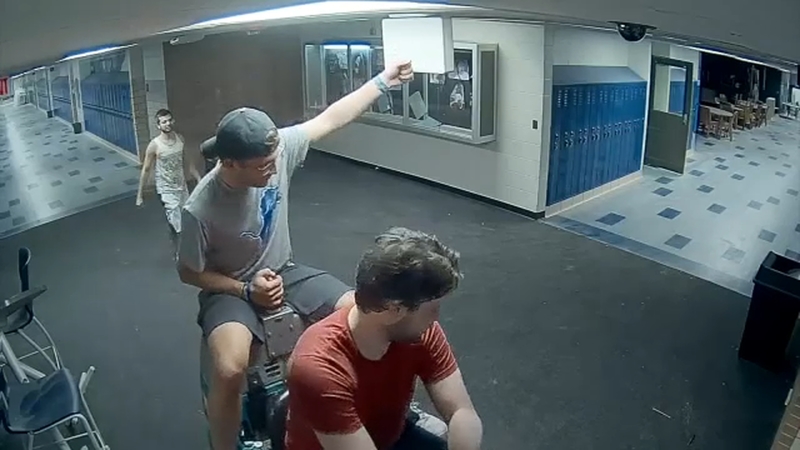 TROY, Michigan -- A group of young men broke into a high school in Troy, Michigan for a joyride that could lead to charges once police find them.

"They had a good time while they were in there. They rode the automatic floor scrubber and drove that around. They weren't very good at piloting it," a Troy police officer told WXYZ-TV.

"Maybe they wanted to relive their glory days," the officer said.

Police said the school is under construction. The three vandals allegedly went around a fenced area to get in and stayed for about an hour.

Surveillance video shows them riding the floor scrubber then crashing it into furniture, damaging both.

Video shows them smoking what police say is a pipe.

"They were holding some wine or beer bottles, so maybe they got bored," the officer said.

Police said the alarm was not set that night due to the construction activity.

The vandals also stole snacks and damaged musical instruments while trying to play them, which upset music instructors who watched the surveillance video.

"He's not even holding that violin correctly," one instructor said.

Police don't believe they are students, but could've been at one time.

They may be in their early 20s and live near the school since police said they didn't drive there.