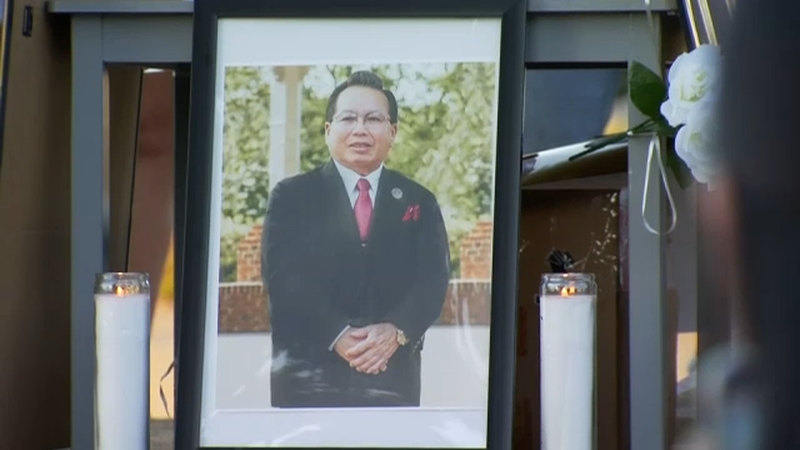 Family remembers father who was key member of Hmong community

FRESNO, Calif. (KFSN) -- Charlie Vang's family couldn't have imagined they would celebrate his 68th birthday gathered around the canal where the veteran from Del Rey was found last week.

"Unfortunately, he's not with us," said his daughter, Mainhiaj Vang.

Mainhiaj says her father was last seen attending a funeral in East Central Fresno the night of June 13. When his son arrived to pick him up, there was no sign of Vang.

"We were really hopeful that he would come back," his daughter said.

His family says the weeks were agonizing while their father remained missing, until last Thursday when a body was found in a central Fresno canal, near Blackstone and Fedora Avenues.

"It's like a piece of us is gone," said his niece, Jessie Moua.

"When I got that phone call from law enforcement, I knew that was my dad already," said Mainhiaj.

Having come to America from Thailand in the 70s, he's described as a trailblazer for his extended family and among the Hmong immigrant community.

"His loss is not just our family's loss. It is the community's loss also," said his daughter. "He touched people's lives that we probably don't know. I get phone calls every day to say that he was a good man."

Fresno police says after extensive investigating, it's been determined that there was no foul play in Vang's death. But his family is skeptical.

"We believe there was foul play," said Mainhiaj.

The Vangs were told by the coroner's office that drowning played a role in the tragedy, but they are determined to learn more about his final moments.

"We just want answers. We want to know exactly what happened," said Moua.