Northwest Fresno neighbors speak out against development of apartment complex 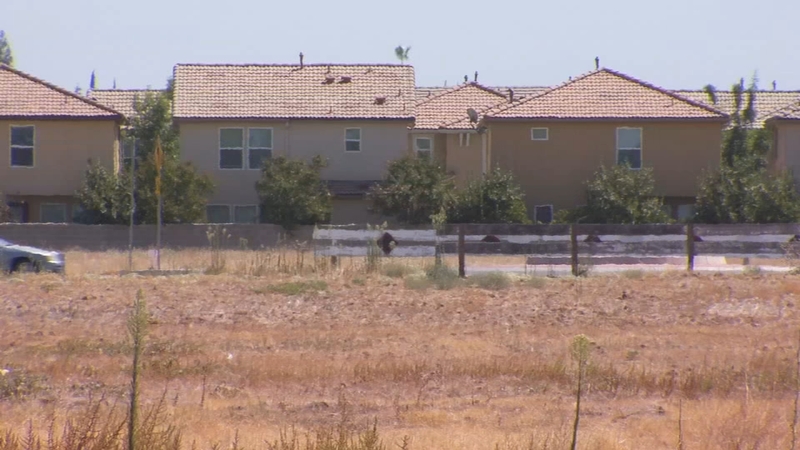 Northwest Fresno neighbors speak out against development of apartment complex

A local developer wants to turn a vacant piece of property into a 160-unit multi-story apartment complex despite objections from neighbors.

The proposed site is an empty parcel of land north of Herndon near Forkner Elementary a little less than 10.5 acres in size.

Nearby homeowners say the new apartment complex will bring too much traffic and lower property values. Parents at the school feel their children would be pushed away.

Before developer Dirk Poeschel can convert the site, he'll have to get the City's approval.

The area is currently zoned for commercial property, and many neighbors said they want to keep it that way.

Allen-Westburg lives near the proposed site and claimed an apartment complex that size will be detrimental to her neighborhood.

It's where Allen-Westburg has raised her family for more than two decades.

She said the neighborhood is landlocked with only two major entrances.

High-density housing would add extra traffic to the roads used to access the area -- and create a traffic jam near Forkner Elementary.

"What is the most important thing you purchase in your life? It's your home. What is the biggest investment? Your home. They're messing with my home."

A local developer wants to turn a vacant piece of property into a 160-unit multi-story apartment complex despite objections from neighbors.

At a public meeting held on Thursday night, not a single person was in support of the development - and there were at least 200 people at the meeting.

They were all vocal and very clear about what they didn't want the land to become.

He was worried the housing complex will force his third grader to separate from friends and go somewhere else.

"We are just a few blocks away, and so many nearby student will push our children away," he said.

In the meantime, kids at the planned 148 unit apartment, three story complex would be brought in.

Michelle McGaughy, one of the school's crossing guards, said that will impact traffic. She said traffic is already out of control, especially near a roundabout that sits directly in front of the lot the proposed apartment buildings would fill.

Dirk Poeschel is the consultant for the owners of the property.

While he said he hears the concerns from neighbors, he also said the project can improve the community.

"We are going to do a lot of good things for the neighborhood, fix an old sewer line, fix the roadway that is not safe, continue to connect to regional trail system and provide a really great infield project."

But for now, district 1 councilmember Mike Karbassi made it clear this is the very beginning of a long process.

"This isn't a simple building this is a rezoning and it's much more complicated than that. Basically what that means is since this property is currently zoned for office space, the owners would have to submit an application to the city and the city would evaluate that before it goes to public comment," he said.
Report a correction or typo
Related topics:
home & gardenfresno
Copyright © 2021 KFSN-TV. All Rights Reserved.
TOP STORIES
Central CA businesses hope for revival as state finally reopens
Newsom says vaccinated CA workers won't have to wear masks after June 17
What to expect from CA's reopening tomorrow
Where you'll still have to wear a mask after CA reopens tomorrow
Man crashes into police car on Tule Reservation, deputies say
Suspect in custody after standoff in Kings County
2 Sanger men accused of shooting at police officer
Show More
Historic heat wave could cancel some Valley events
Fresno Co. anti-marijuana operation leads to 37 arrests
Local farmers seeing decreased water supply due to drought
Merced police looking for murder suspect
Disneyland dropping mask policy for fully vaccinated guests starting June 15
More TOP STORIES News