Firefighters are investigating to determine what caused a Madera home to catch fire on Sunday.
KFSN 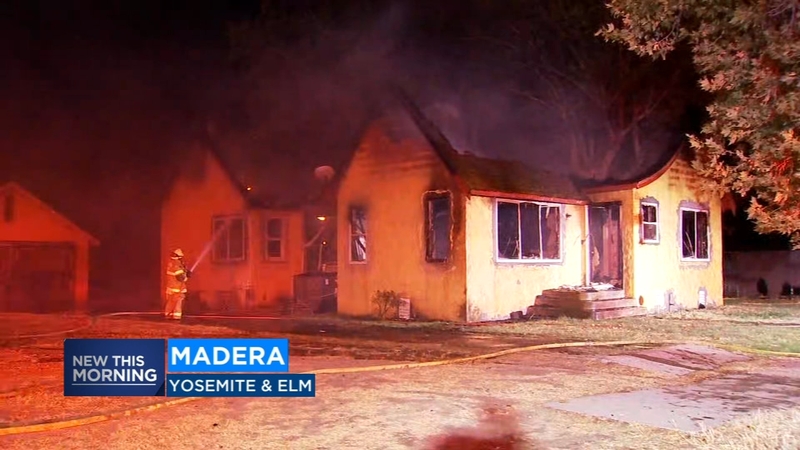 FRESNO, Calif. (KFSN) -- Firefighters are investigating to determine what caused a Madera home to catch fire on Sunday night.

The fire was reported just after 10 p.m. at a home on Yosemite near Elm.

Fire crews say the house was unoccupied at the time of the fire. Firefighters arrived to find it engulfed in smoke and flames.

Officials say about an eighth of an acre of grass also burned, but it was quickly doused.

The fire threatened a nearby home, but crews were able to contain the flames. The burned home was a total loss.

"Basically, there was nothing to gain by putting people inside and getting people hurt. It was at a point where we were unable to save it," said Capt. Neil Tito.