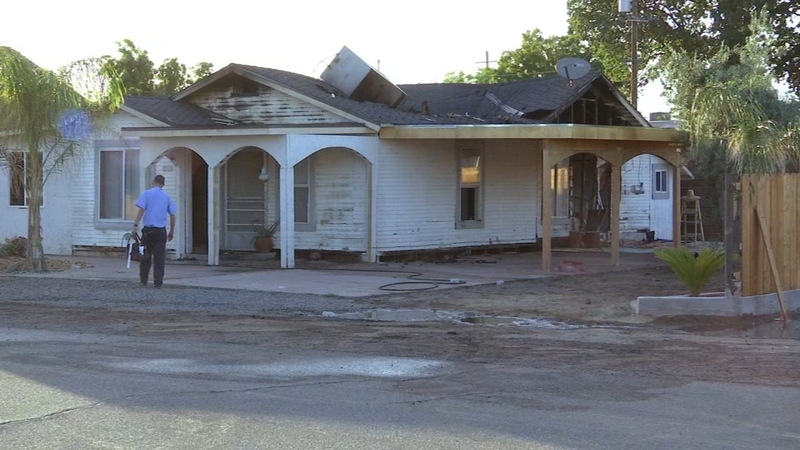 FRESNO, Calif. (KFSN) -- In the span of hours, two emergencies impacted the community of Riverdale.

A family is displaced after their home caught fire. Neighbors were dialing 911 and rushing to help extinguish the flames.


"Everybody was trying to do as much as they could," says Elder Hendrickson. "It looked like neighbors were grabbing hoses and trying to do what they could to put the fire out and others, like I said, were calling 911. Everybody was willing and eager to help."

That call for help came in around 4:30 p.m. Sunday afternoon.

Firefighters from Riverdale, Laton, Fresno County and Kings County all rushed to the scene.

They found the fire in the attic of the home, and they faced several challenges while knocking down the flames.

"One of which was a large HVAC unit on the roof that partially collapsed into the home near some firefighters," says Seth Brown, Fresno County Fire Battalion Chief and PIO.

No one was injured in the fire, but it did cause major damage.


An hour into battling the blaze, a sheriff's deputy discovered another emergency just a block from the fire.

"We went to check it out from a local report and there was, in fact, a gas line ruptured in a dirt field about a block east of the fire's location," Brown said.

Adjacent to the gas line break sits an apartment complex alongside a neighborhood of homes.

The break forced the evacuation of about 100 people.

"In those apartments there's a lot of families, a lot of elderly, so we want to make sure we get them out of the area," Brown said.


It was an unexpected scene in a typically peaceful neighborhood.

"It's pretty quiet," says Elder Raban. "It's a small place. Everyone knows each other. All the people we know, they know everyone that lives here."

Crews with Southern California Gas were able to stop the flow of gas shortly after 10 p.m.

It is believed the break was caused by a vehicle incident.