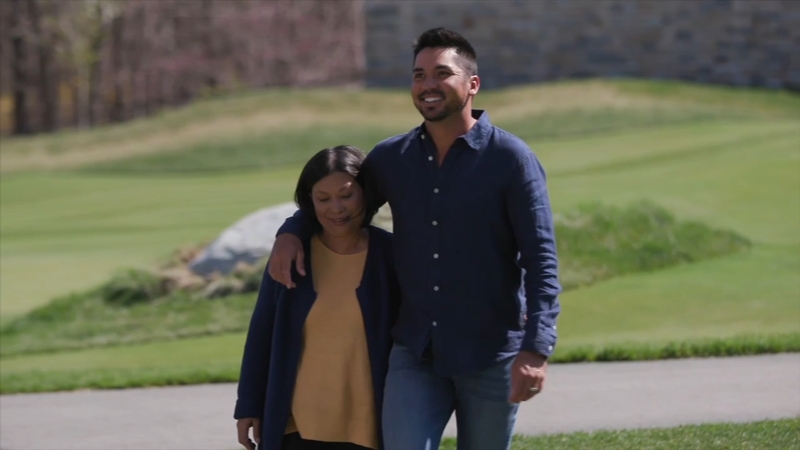 FRESNO, Calif. (KFSN) -- PGA star Jason Day was the world's number-one ranked golfer in 2015. It was the same year his mother, Dening, was diagnosed with cancer.

Day explained, "Stage 4 non-small cell lung cancer and hearing how much time she had left was very shocking to me."

Dening Day doesn't smoke. Doctors told her she had a year to live.

Day said, "It affected me a lot. I know mom was sitting there going, no you go ahead and play. Don't worry about me, but I can't do that."

The 2015 PGA Championship winner is Filipino-Australian. After withdrawing from the WGV Match Play event in 2017, Day tearfully shared his mother's diagnosis and that she was about to undergo surgery.

Day came close to giving up his golf career to care for his mother, who insisted she wasn't sick.

Jason said, "Oh my God, you don't understand. She said she's fine. I was like, 'No mom, you're not fine. We have to look after you.' That is exactly to a tee how she was."

Day said the use of biomarker testing has been effective in helping his mother's battle with lung cancer.

Dr. Nicholas Rohs, an Oncologist at Mount Sinai Hospital said, "What bio-marker testing means is we can find genetic changes in your tumor that can cause it to grow and evolve and by finding those, we and often pair them with a targeted therapy, which is usually a pill."

Day encouraged cancer patients and their families to look into all treatment options, including biomarker testing.

Jason's father died of cancer when he was 12. His mother put him through boarding school, where he met his first golf coach.

Day said, "It wouldn't have been possible to be on this journey that I'm right now on and talking to you without the influence of my mom and the work ethic she instilled in me to be able to push through the down times."