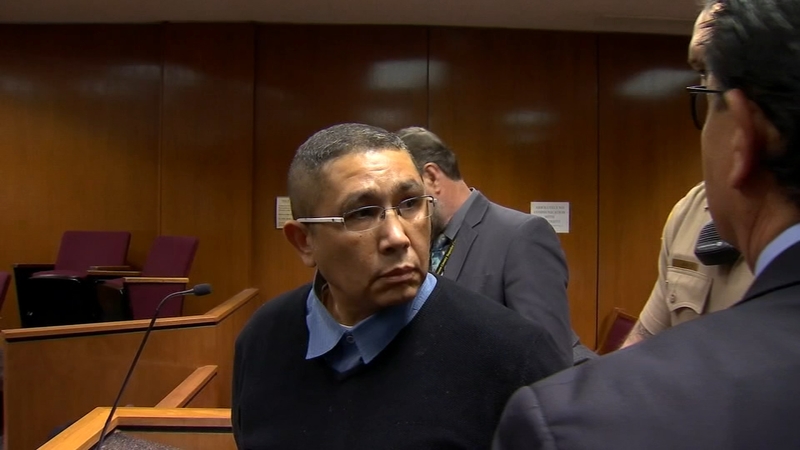 FRESNO, Calif. (KFSN) -- Jesus Serna, who was known to his followers as Father Antonio, served from 2007 until 2017 at Nuestra Senora de Guadalupe Anglican Church in Fresno.

It was during this time police say he used his power in the church to sexually assault multiple victims --mostly men-- while at his East Shaw office location. He has pleaded not guilty to 18 counts of felony sexual battery involving 10 members of his former church.

Cameras and recording devices were not allowed in the courtroom as Serna listened to Monday's testimony through a court-appointed translator as his former office assistant told the court he "saw some very unsavory things while at the office."

According to police, parishioners believed Serna had healing powers through a special massage ritual that could cure everything from drug addiction to body pain to even a person dealing with marital issues.

But Police say the so-called ritual was just a way for Serna to sexually assault his victims.

His former office assistant testified: "Victims would be on the massage table covered with a blanket but I could tell Father's hands were underneath the victim's underwear"

The prosecutor then asked: "Would you say you witnessed Father touch the genitals of around 30 parishioners?

The office assistant replied: "I don't want to say a number but yes I know there were several people"

The lead detective in the case also took the stand and told the judge: "One victim was on his stomach for a massage when Serna told him to flip over. The first thing Mr. Serna did was put his hands inside the victim's boxer shorts. Afterward, the man got up and sat down on the couch and Mr. Serna stared at his crotch. The man was left confused at what just happened."

The preliminary hearing is near completion. Attorney's hope to wrap it up sometime Tuesday.