WASHINGTON -- With high drama in the making, Supreme Court nominee Brett Kavanaugh emphatically fended off new accusations of sexual misconduct ahead of a charged public Senate hearing that could determine whether Republicans can salvage his nomination and enshrine a high court conservative majority.

The Senate Judiciary Committee - 11 Republicans, all men, and 10 Democrats - was to hear from just two witnesses on Thursday: Kavanaugh, a federal appeals court judge who has long been eyed for the Supreme Court, and Christine Blasey Ford, a California psychology professor who accuses him of attempting to rape her when they were teens.

Republicans have derided her allegation as part of a smear campaign and a Democratic plot to sink Kavanaugh's nomination. But after more allegations have emerged, some GOP senators have allowed that much is riding on Kavanaugh's performance. Even President Donald Trump, who nominated Kavanaugh and fiercely defends him, said he was "open to changing my mind."

"I want to watch, I want to see," he said at a news conference in New York.

Kavanaugh himself has repeatedly denied all the allegations, saying he'd never even heard of the latest accuser and calling her accusations "ridiculous and from the Twilight Zone."

The hearing will be the first time the country sees and hears from the 51-year-old Ford beyond the grainy photo that has been flashed on television in the 10 days since she came forward with her contention. In testimony released in advance of the hearing, she said she was appearing only because she felt it was her duty, was frankly "terrified" and has been the target of vile harassment and even death threats.

The stakes for both political parties - and the country - are high. Republicans are pushing to seat Kavanaugh before the November midterms, when Senate control could fall to the Democrats and a replacement Trump nominee could have even greater difficulty. Kavanaugh's ascendance to the high court could help lock in a conservative majority for a generation, shaping dozens of rulings on abortion, regulation, the environment and more.

But Republicans also risk rejection by female voters in November if they are seen as not fully respecting women and their allegations.

Republicans largely expressed confidence in Kavanaugh ahead of the hearing, emerging from a closed-door lunch with Vice President Mike Pence to say the nominee remains on track for confirmation.

Senate Majority Leader Mitch McConnell all week has said Republicans will turn to a committee vote on Kavanaugh after the hearing. They hope for a roll call by the full Senate - where they have a scant 51-49 majority - early next week with the aim of getting him on the court as its new term begins.

But at least a hint of doubt has crept in. Asked whether there were signs of Republicans wavering in their support of Kavanaugh in their lunch, Sen. John Thune, the third-ranking Republican, paused briefly before saying "no."

In the hearing, Democrats plan to ask Kavanaugh if he'd be willing to undergo FBI questioning about the various claims - a request Republicans oppose- and press him about his drinking and behavior as a teenager.

One goal is to emphasize inconsistencies in his statements so far and make him appear nervous, said a Democratic aide who described the plan on condition of anonymity because he wasn't authorized to discuss it publicly.

Questions for Ford will be aimed at giving her a chance to explain herself. That includes describing why it took her so long to publicly discuss the alleged incident and how it's affected her life, the aide said

Ford will testify first at the hearing, which starts at 10 a.m. and at her request is being held in a small, wood-paneled hearing room that seats only a few dozen spectators.

Republicans have hired an outside attorney, Phoenix prosecutor Rachel Mitchell, to handle much of their questioning. Thus, they will avoid having their all-male contingent interrogating Ford about the details of what she describes as a harrowing assault.

Democratic questioners will include two senators widely seen as potential presidential candidates in 2020: Kamala Harris of California and Cory Booker of New Jersey, who aggressively challenged Kavanaugh during the judge's earlier confirmation hearing.

Ford plans to tell the committee that, one night in the summer of 1982, a drunken Kavanaugh forced her down on a bed, "groped me and tried to take off my clothes," then clamped his hand over her mouth when she tried to scream before she was able to escape.

"I believed he was going to rape me," she will say, according to her prepared testimony.

Kavanaugh is being challenged on multiple fronts by his accusers, former classmates and college friends. They say the good-guy image he projects in public bears little relation to the hard-partying behavior they witnessed when he was young.

In his prepared testimony, the 53-year-old appellate judge acknowledges drinking in high school with his friends, but says he's never done anything "remotely resembling" what Ford describes. He said he has never had a "sexual or physical encounter of any kind" with her.

He also provided the committee with detailed calendar pages listing in green-and-white squares the activities that filled his summer of 1982 when he was 17 years old - exams, movies, sports and plenty of parties. That's the year when Ford says she believes the assault occurred.

Ford released sworn statements from people who said she had told them about the assault in later years.

Late Wednesday, the committee released a flurry of other documents of unclear significance.

Transcripts of private interviews with committee investigators show they asked Kavanaugh about two previously undisclosed accusations received by Senate offices. One came in an anonymous letter sent to the office of Sen. Cory Gardner, R-Colo., describing an incident in a bar in 1998, when Kavanaugh was working for the independent counsel investigating President Bill Clinton. The other accused Kavanaugh of sexual misconduct in college. Kavanaugh denied them both.

The committee also released a summary of its work that noted its staff had spoken to two different men who believe they "had the encounter" with Ford, rather than Kavanaugh. The committee notes do not detail what came of those conversations.

Activity on Capitol Hill is likely to grind to a halt during the proceedings, with lawmakers glued to their televisions during what is widely seen as a sequel to the politically explosive hearings of 1991 with Anita Hill, who accused now-Justice Clarence Thomas of sexual harassment. Thomas denied Hill's accusation.

"I've cleared the calendar and I'm going to watch every word of the hearing," said Republican Sen. Bob Corker of Tennessee, who added that he has a positive view of Kavanaugh but has yet to decide how he'll vote.

Other Republicans also stressed that they are coming into the hearing with open minds.

John Kennedy of Louisiana, a member of the Judiciary panel, said he needs to hear from Ford before deciding whether her story is credible. Asked how he'll do that, he replied: "That's like asking me to explain the holy spirit. We all make credibility determinations, every minute of our day."

Sen. Jeff Flake, a Republican member of the Judiciary panel who could be a key vote, had his own take.

"We have lit a match," he said from the Senate floor. "Do we appreciate how close the powder keg is?" 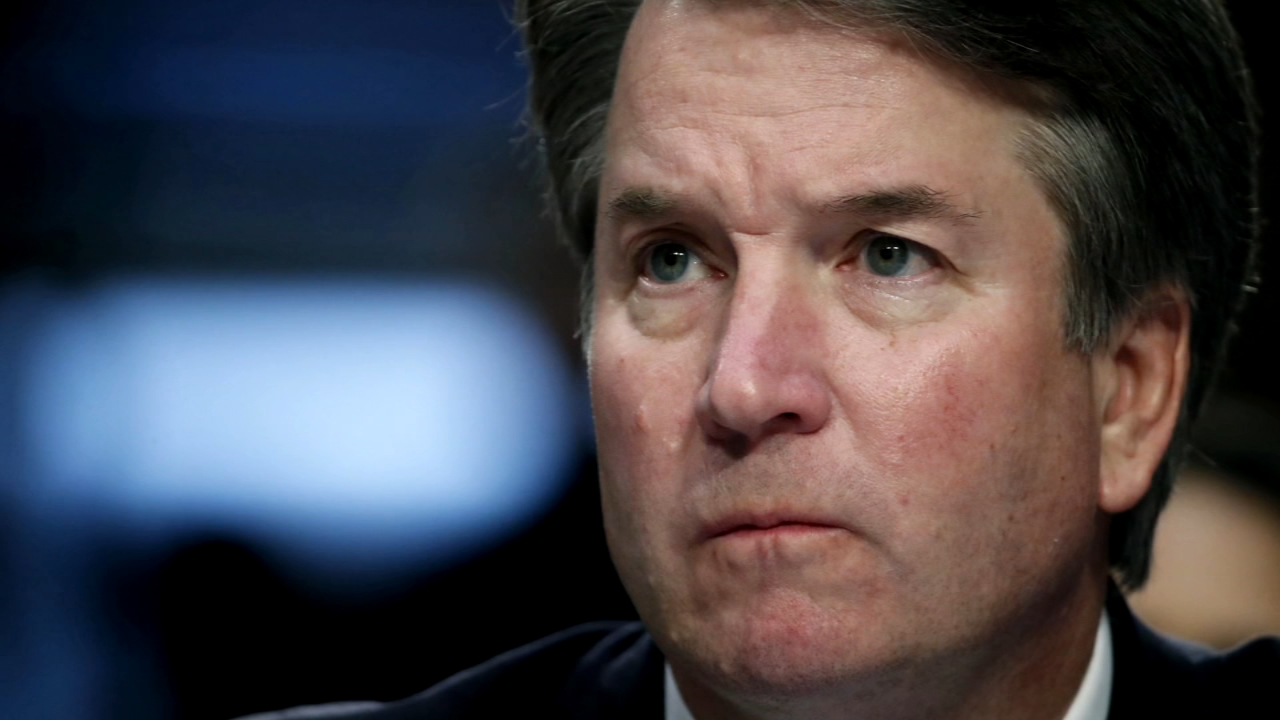 Brett Kavanaugh fends off accusations ahead of Senate hearing