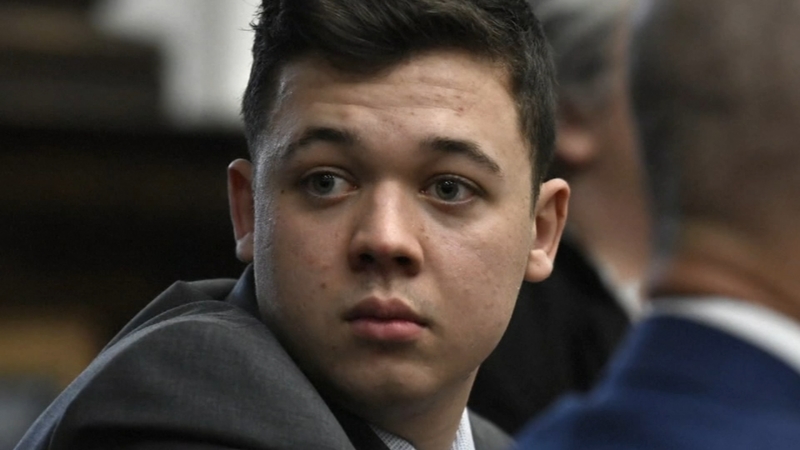 Reaction in the Central Valley after Kyle Rittenhouse trial verdict

FRESNO, Calif. (KFSN) -- After 27 hours of deliberations, a jury found Kyle Rittenhouse not guilty on all five counts.

The 18-year-old was visibly shaken and in tears.

Outside the Wisconsin courtroom, some say the emotionally-charged case and verdict exposed deep divides over guns, self-defense, and racial injustice.

"Not surprised, but equally disappointed," says Vince Bailey. "What this verdict did is basically say to young white men with grievances that you're above the law."

A sentiment echoed by others as the news broke.

"Conversely, if that had been an African American or person of color going in, quell some sort of riots and some white deaths occurred as a result of that, the verdict would be entirely different," says Fresno State professor Thomas-Whit Ellis.

During the trial, Rittenhouse claimed self-defense, while the prosecution argued he was responsible for creating the dangerous situation during protests in Kenosha following the police shooting of a black man, Jacob Blake.

"The important thing to remember is that the prosecution had to prove beyond a reasonable doubt this was not self-defense," says Legal Analyst Tony Capozzi.

Capozzi has been both a prosecutor and a defense attorney and explains although jurors determine the verdict, a judge can influence the decision.

In this case, the judge came under scrutiny for his ruling that some felt gave Rittenhouse an advantage.

"They look to that judge in terms of his manner, demeanor and what he says during that trial," Capozzi said. "One issue that came up as to whether or not the prosecution can refer to those that were shot as victims. People were upset when the judge says no, they're not. By implying that they're victims, you're implying that the person who did the shooting did something criminal. Well, he's presumed innocent at this point in time."