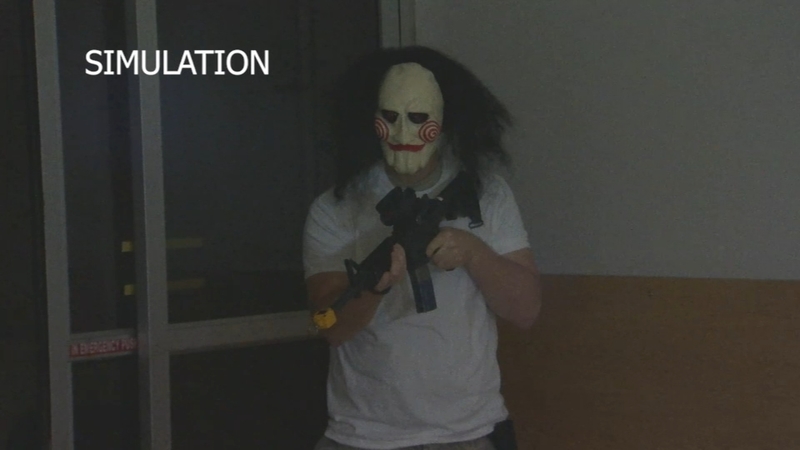 FRESNO, Calif. (KFSN) -- Local first responders went through very realistic training on Thursday to make sure they're ready in case they must deal with an active shooter situation.

All this week, Fresno City Fire has been working alongside Fresno Police, the Fresno County Sheriff's Department and other agencies from around the state.

The Fresno training symposium includes everything from rope rescue to emergency care.

During Thursday's active shooter training, agencies worked on getting first-responders in position sooner so they can assist victims.

The session simulated an active shooter situation and was designed to be as realistic as possible.

A contact team came in to take out an armed suspect.

That's the critical first step because paramedics and fire personnel can't start assisting victims until the threat is over.

"After that, we need them to secure the area for us, and we need to sweep in behind them as soon as possible to start removing victims and taking care of people," said Battalion Chief Brad Driscoll.

Law enforcement agencies and fire departments from around the state have been training with Fresno Fire to better coordinate their response to emergencies.

"The scenarios we make very realistic. We use a lot of audio and visual type of distractions and noise, which you're going to get. Not to mention the radios with all the traffic going back and forth," said El Dorado County deputy sheriff Todd Crawford.

In the simulation, a second shooter has left more people wounded, so first responders were also trying to secure safe passage for the victims. It is a race against time.

"The difference of ten to twenty minutes of someone after they've been shot or injured is hugely important for their survivability," said Driscoll.

Volunteers from the Community Emergency Response Team and Fresno City College played the part of the wounded and tried to give first responders an idea of what they might have to deal with someday.

"I think it's extremely important. It's something so close that's happened in our community. Again, it's a wake-up call. As we all know, no matter where you go any more, something can happen," said Colin Dougherty, a volunteer.

If it does, law enforcement and fire crews want to be ready. These sessions held inside the old University Medical Center building helped increase trust among the different agencies.

The combined training approach and shared terminology were designed to help save lives.

30 different classes are being offered this week during the Fresno training symposium.